An attorney said those involved in putting the concert on did not take proper safety measures for an event with so many people.

DALLAS - A lawsuit has now been filed after a shooting at a field concert last weekend left one dead and 16 others injured.

An attorney said those involved in putting the concert on did not take proper safety measures for an event with so many people.

A church property in southern Dallas at the center of an active illegal chop shop and stolen vehicle investigation is the same property where 17 people were shot, one of them killed, during a field concert.

"And it’s been used in the past to host similar events," attorney Scott Koelker said.

"They own the property, have owned it, historically, for a long time," Koelker added.

Koelker represents a 14-year-old girl who was one of the roughly 2,000 people who attended the concert.

She was there with her volleyball team and shot in the leg. She’s recovering at a hospital.

"She’s not going to be playing volleyball for a long time. She also was engaged in ballet," he said.

Dallas police said the concert shouldn’t have happened because there was no permit, while admitting some of its own officers were working security while off-duty. Those officers reportedly left an hour before the shooting. 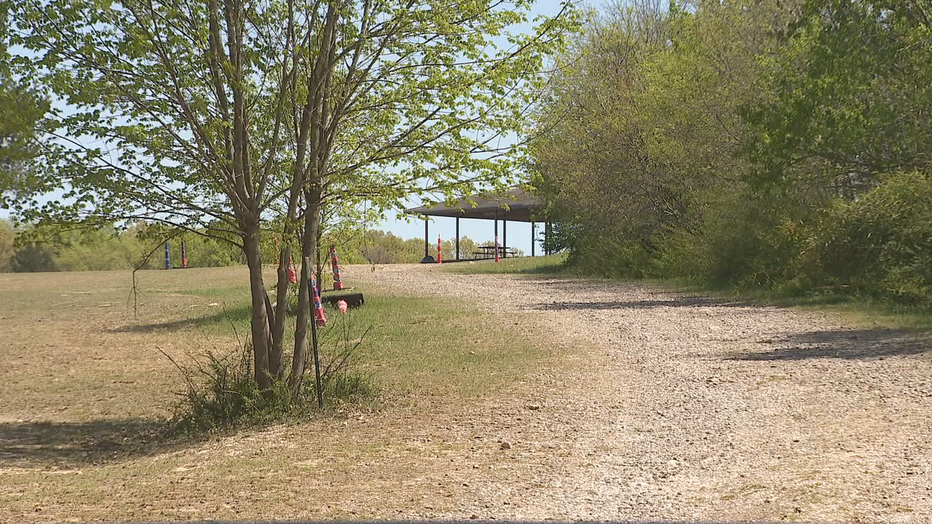 Public gatherings of more than 100 people must have a permit in Dallas.

Koelker is now suing the church, the artists, such as headliner "Big Boogie," and promoters, who he believes did not take proper security measures.

"Searching bags, having metal detectors, and other reasonable steps that a typical promoter would take putting on a concert or a festival of this size," Koelker explained. "And by all accounts on social media, witnesses, and people who attended the event, none of that was happening."

The lawsuit alleges, "despite the tragedy that had just unfolded, the ‘afterparty’ went on at V Live Dallas…with Big Boogie and others performing." Social media posts appear to confirm the allegation.

"The party keeps on going and that just shows the attitude and the callousness of the promotion of the event," Koelker said.

FOX 4 has discovered run-ins between law enforcement and the church property which are still under investigation.

Dallas police said 22 stolen vehicles were recovered from the property last August, but no arrests have been made at this time.

The church was issued a citation for having a vehicle crusher and other illegal land use issues. There were plenty of cars with no license plates visible on the property Saturday.

"What did they know of the event? And what precautions did they take since they were giving the use of their property?" Koelker asked.

FOX 4 has been reaching out to the church and Pastor Bertrain Bailey for the past week trying to hear their side of the story and hear their thoughts on the police investigation into the property that they own.

FOX 4 has called, left voicemails, and even sent text messages, but at this point in time, none of those have been returned."

One neighbor told FOX 4 that massive gatherings regularly happen on the property. They said they’re out of control.

Police still looking for multiple shooters, while ones associated with the party are under a microscope.

"Anything can happen," Koelker said. "It could’ve been a lot worse."

FOX 4 has reached out to the concert promoters multiple times and they've declined comment.