In May, the unemployment rate fell to 5.8%. U.S. employers added some 560,000 jobs. More than half were in leisure and hospitality.

That did not meet expectations, especially following a disappointing April. Still, the White House took an expected positive spin on the report.

The jobs report is seen as a key indicator of the economy's health.

At TJ’s Seafood in Dallas, the lunchtime crowd is coming back. And with it, some additional staff.

Owner Jon Alexis is encouraged by the latest jobs report.

"We feel really optimistic about dining in 2021 and beyond," he said. 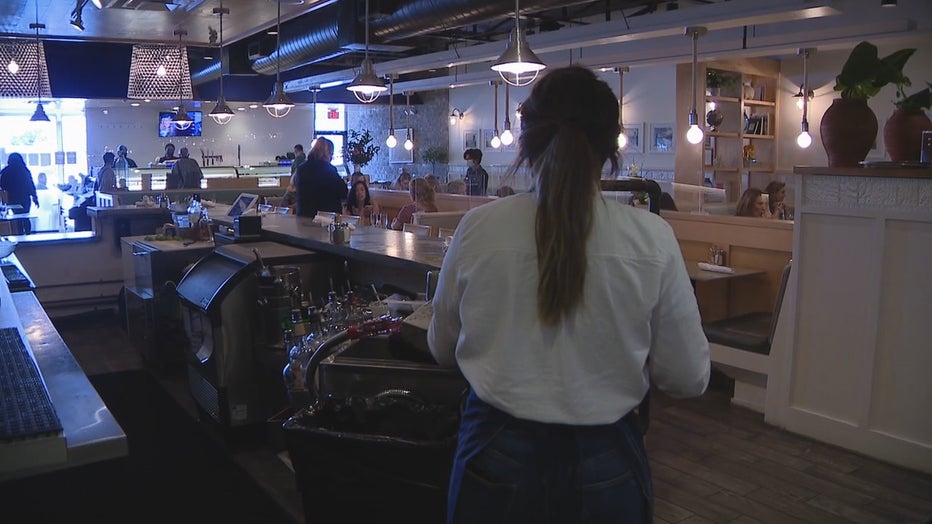 In May, the unemployment rate fell to 5.8%. U.S. employers added some 560,000 jobs. More than half were in leisure and hospitality.

"Most of our businesses have been much busier," Alex said. "And we've been adding to our staff as fast as possible."

Alexis says he's about 10% understaffed, and he's not alone.

"There's still a whole lot of people sitting on the sidelines right now and who knows why that is," he said. "We should be on a path to be adding somewhere between half a million to a million jobs every month."

Cedars Springs Tap House in the Oak Lawn neighborhood of Dallas is expecting big crowds this weekend for Pride.

"Staffing has been really hard here," he said. "We've been shorthanded since we reopened."

Other industries are taking off.

For the first time since the pandemic hit, Fort-Worth based American Airlines is reporting a profit.

It is challenging employers to come up with incentives to attract the limited candidate pool.

"Everyone can try to figure out how to add a dollar an hour, but really what people want is a place where they're respected and appreciated," Alexis said.

A positive spot in this job's report is how broad-based the employment gains were.

Education added 144,000 jobs as many school districts are returning to in-person learning. Healthcare, transportation and the warehouse industry hired thousands of employees, too.