DALLAS - A former basketball player at Dallas Madison High School who was charged with murder in 2014 is now accused of sexual assault.

Jonathan Turner was arrested last week at Ranger College, where he now plays college basketball. Ranger is about 80 miles southwest of Fort Worth or 60 miles east of Abilene.

According to the Associated Press, a woman told police she woke up early one morning to find Turner having sex with her. She said he threatened her if she went to authorities.

The two got into a fight over a video game and Turner admitted to beating him outside their Oak Cliff home. Causey later died from his injuries.

Turner accepted a plea deal and was given seven years of probation in 2015. The charges against him were reduced from murder to manslaughter and he was told they would be removed from his record if he had stayed out of trouble.

Causey's mother, Tammy Simpson, said the last three years have been excruciating knowing no one has been held accountable for her son's death. But despite that, she said she has faith in the system and believes justice will prevail this time.

“This definitely shouldn't have happened to her,” she said. “I knew he was going to re-offend because that's the type of person he is. He's a very violent person.”

Brittany Dunn, a spokeswoman for the Dallas County District Attorney's Office, said it’s working with authorities in Eastland County to determine the strength of the new charges. Turner's bond was set at $300,000.

“Since it's a new felony offense and it's a sexual assault and if those facts are proven to a judge, then he's probably looking at serious penitentiary time,” said former Dallas County prosecutor Toby Shook, who is not involved in the case.

Dunn said if the DA’s office files to revoke Turner's probation, he will be subject to the full range of punishment on the manslaughter charge -- 2 to 20 years in prison. A judge will decide his punishment instead of a jury.

“You don't ever get over anything like this,” Simpson said. “But at least you have some type of closure where you can start to pick up the pieces. But right now, I'm still stuck. I'm stuck.” 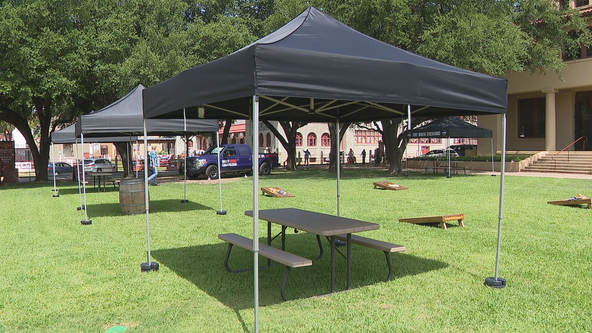