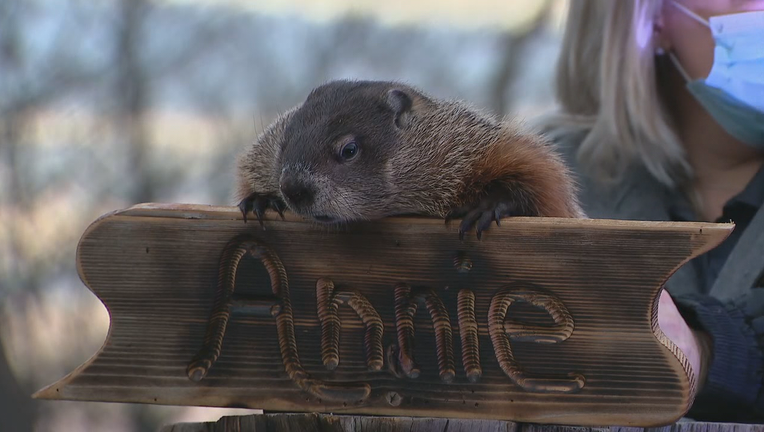 According to the Groundhog Day tradition, if a groundhog comes out of hiding and sees its shadow, it is scared back inside and winter continues. If it doesn’t see her shadow, spring arrives early.

Meteorologist Evan Andrews was quick to point out that’s just folklore and not a real forecast.

"As for a groundhog and a shadow? We've learned over the years that he/she has about a 40% accuracy rate. Let's follow the science instead!" he joked.

The Dallas Arboretum has been celebrating Groundhog Day with Annie for the past three years.

The nation’s most famous groundhog also saw his shadow Tuesday morning and predicted six more weeks of winter for the northeast.

There was no big crowd in Punxutawney, Pennsylvania this year because of the pandemic. Instead, members of Punxsutawney Phil’s top-hatted inner circle read his prediction off a scroll to a virtual audience.