A holiday parade will return to the streets of Downtown Dallas Saturday morning. FOX 4's Hanna Battah got a preview.

The parade was only broadcast on television last year because of the coronavirus.

This year it kicks off at 10 a.m. and follows Commerce Street for about a mile from Houston Street to Harwood Street. 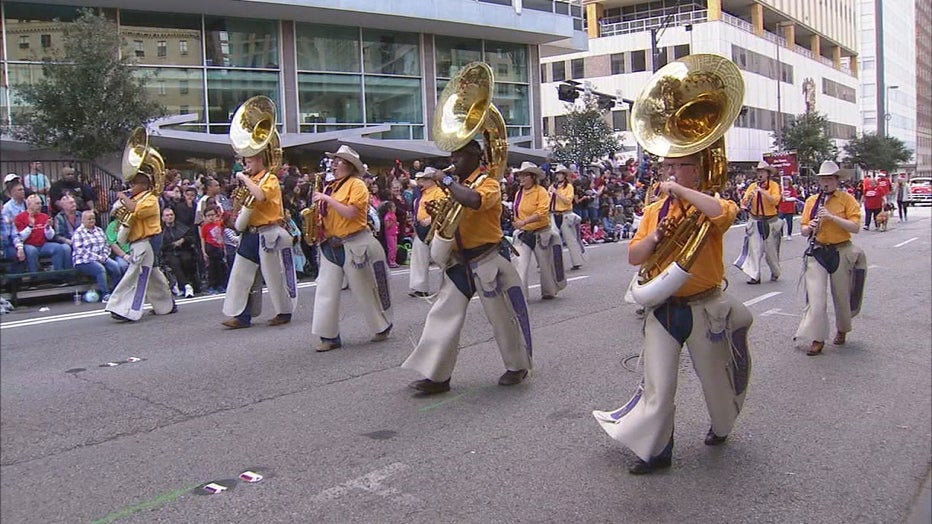 There will also be live entertainment at the new AT&T Discovery stage and a festival of booths, food and activities in the Main Street Garden.

The parade is partnering with the North Texas Food Bank this year in an effort to bring to food insecurity. Parade goers will be able to drop off canned food donations at collection sites along the route.

Organizers said they’re happy to be holding an event that’s in-person again like it’s been since the 1980s.

There will be more security in place this year in the wake of the Wisconsin parade attack earlier this month.

The parade is free to the public, but there are $25 tickets available for bleacher seating.

Santa and his elves have a big day tomorrow. They'll drive through the streets of Lakewood in Dallas collecting toys from front yards. It's part of the Falala Lakewood's Christmas parade and everyone is invited, even if they don't live in the neighborhood.