Crystal Mason was given a five-year prison sentence for casting a provisional ballot in Tarrant County in the 2016 while on probation for a federal conviction. On Wednesday, the Texas Court of Criminal Appeals ruled in her favor based on the argument that she did not know she was ineligible to vote.

The Texas Court of Criminal Appeals has told a lower appeals court to take another look at the controversial illegal voting conviction of Crystal Mason, who was given a five-year prison sentence for casting a provisional ballot in the 2016 election while she was on supervised release for a federal conviction.

The state’s court of last resort for criminal matters on Wednesday ruled a lower appeals court had wrongly upheld Mason's conviction by concluding that it was "irrelevant" to Mason's prosecution that she did not know she was ineligible to cast a ballot. The ruling opens the door for Mason's conviction to ultimately be overturned.

Mason’s lawyers turned to the Texas Court of Criminal Appeals after the Tarrant County-based Second Court of Appeals found that her knowledge that she was on supervised release, and therefore ineligible to vote, was sufficient for an illegal voting conviction. Mason has said she did know she was ineligible to vote and wouldn’t have knowingly risked her freedom.

On Wednesday, the Texas Court of Criminal Appeals ruled that the lower court had "erred by failing to require proof that [Mason] had actual knowledge that it was a crime for her to vote while on supervised release." They sent the case back down with instructions for the lower court to "evaluate the sufficiency" of the evidence against Mason.

"I am pleased that the court acknowledged issues with my conviction, and am ready to defend myself against these cruel charges," Mason said in a statement released Wednesday. "My life has been upended for what was, at worst, an innocent misunderstanding of casting a provisional ballot that was never even counted. I have been called to this fight for voting rights and will continue to serve my community." 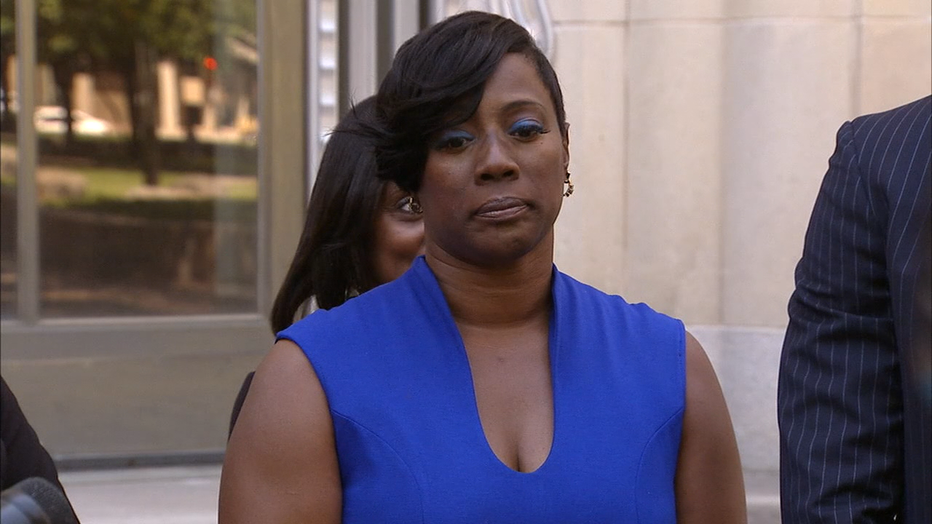 Mason’s case dates back to 2016 when, after discovering she was not on the voter roll, Mason submitted a provisional ballot in that year’s presidential election on the advice of a poll worker. Her ballot was rejected because she was not eligible to participate in elections while still on supervised release for a federal tax fraud conviction. But she was arrested a few months later.

Mason's prosecution hinged on an affidavit she signed before casting her provisional ballot that required individuals to swear that "if a felon, I have completed all my punishment including any term of incarceration, parole, supervision, period of probation, or I have been pardoned."

A trial court judge convicted her of illegally voting, then-a second-degree state felony, after a poll worker testified he watched Mason read, and run her finger along, each line of an affidavit. Mason said she did not read the entire affidavit. At trial, a supervisor from the probation office overseeing her release testified that no one from that office had informed her she was still ineligible to vote.

In Wednesday’s ruling, the court held that the Texas election code requires individuals to know they are ineligible to vote to be convicted of illegal voting.

"To construe the statute to mean that a person can be guilty even if she does not ‘know the person is not eligible to vote’ is to disregard the words the Legislature intended," the court wrote. "It turns the knowledge requirement into a sort of negligence scheme wherein a person can be guilty because she fails to take reasonable care to ensure that she is eligible to vote."

The court on Wednesday ruled against Mason on two other issues. They rejected her arguments that the lower court had interpreted the state’s illegal voting statute in a way that criminalized the good faith submission of provisional ballots, and that the appeals court had wrongly found she "voted in an election" even though her provisional ballot was never counted.

The Texas Court of Criminal Appeals’ ruling marks the latest turn in a prosecution that thrust Mason into the political quagmire surrounding the Republican-led crackdown on voter fraud, partly fueled by baseless claims of rampant illegal voting. The lack of evidence that illegal votes are cast on a widespread basis has turned attention to a handful of attention-grabbing prosecutions of people of color, including Mason, who is Black.

Insisting they’re not criminalizing individuals who merely vote by mistake, Tarrant County prosecutors have said Mason’s case is about intent. The case against her has turned on the affidavit she signed when submitting her provisional ballot.

A spokesperson for Tarrant County District Attorney Sharen Wilson did not immediately respond to a request for comment.

But the legal landscape underpinning Tarrant County’s prosecution shifted while the case was under review.

Last year, the Texas Legislature included in its sweeping new voting law several changes to the election code’s illegal voting provisions. The law, known as Senate Bill 1, added new language stating that Texans may not be convicted of voting illegally "solely upon the fact that the person signed a provisional ballot," instead requiring other evidence to corroborate they knowingly tried to cast an unlawful vote.

Tickets are on sale now for the 2022 Texas Tribune Festival, happening in downtown Austin on Sept. 22-24. Get your TribFest tickets by May 31 and save big!

This article originally appeared in The Texas Tribune at https://www.texastribune.org/2022/05/11/crystal-mason-illegal-voting-texas/.