A mother is devastated over the loss of her only son, 17-year-old Rashard Guinyard. He was shot and killed early Sunday morning during an after-prom party in southwest Fort Worth.

FORT WORTH, Texas - A popular North Texas high school athlete who was headed to college after graduation was shot and killed outside an after-prom party this weekend.

Rashard Guinyard was a track star at Crowley High School and planned to attend Abilene Christian University on an athletic scholarship.

Just two months ago, it was one of the happiest days for the Guinyard family when he announced plans to attend ACU. His family says he was a popular and charming young man who was overjoyed this week to be nominated for prom king.

Kimberly Howard is devastated over the loss of her only son, 17-year-old Rashard Guinyard. He was shot and killed early Sunday morning during an after-prom party in southwest Fort Worth.

"He was leaving the party to make curfew… because he had a curfew," she said. 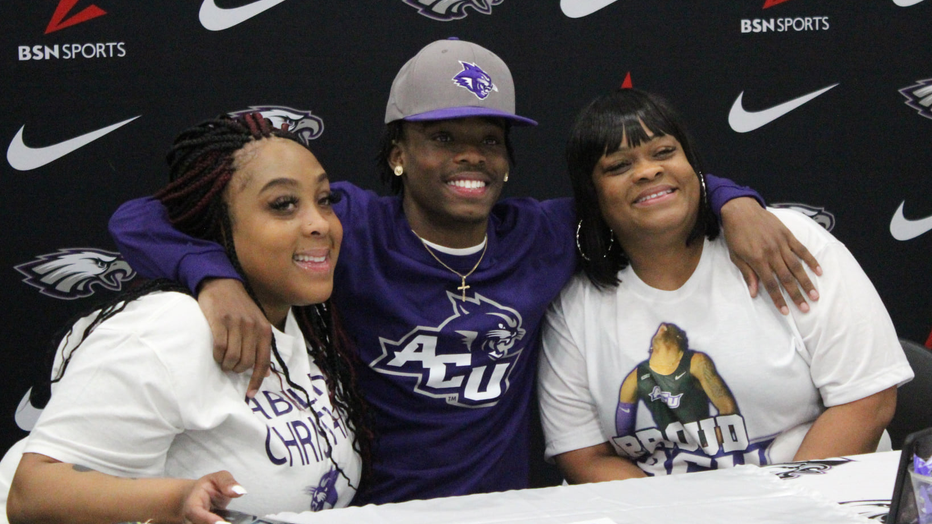 The straight-A high school senior was just months away from attending ACU on a dual track and academic scholarship. But this week, he was just happy to celebrate prom season.

Fort Worth police say they got the call just before 12:30 a.m. Sunday morning about a shooting at a strip mall parking lot on Altamesa Boulevard during a large gathering.

Guinyard was shot at least once and died on the scene.

Police say another male was shot several times and taken to the hospital in critical condition.

Investigators say it’s unclear who started shooting, but Howard says her dynamic and obedient son was never involved in any trouble.

"He’s always the life of the party. He’s got a wonderful smile," she said.

Howard told FOX 4 that Guinyard stayed busy with school, his part-time job at Walmart and running track with both Crowley High School and the Fort Worth Flyers Track Club Team.

Guinyard’s passion for track was paving the way to fulfill his dream of becoming an anesthesiologist.

"His words were, ‘Mom, I want to be like God.’ He said, ‘I want to be able to put people to sleep and wake them up,’" Howard recalled.

His mother is hoping someone comes forward with cell phone video or any information about what happened.

Police are still trying to figure out who was involved in the shooting and who were bystanders.