Most of the roads were able to dry out Thursday, but the forecast this weekend and next week will likely change things again.

DALLAS - Road crews are monitoring for icy patches all across North Texas.

Most of the roads were able to dry out Thursday, but the forecast this weekend and next week will likely change things again.

It's all hands on deck, as TxDOT crews have been treating highways and bridges since early this week.

Crews will be working around the clock until this weather event clears out.

"We have about 184 trucks," said Danielle Boyd, who is a spokeswoman for the TxDOT Dallas district. 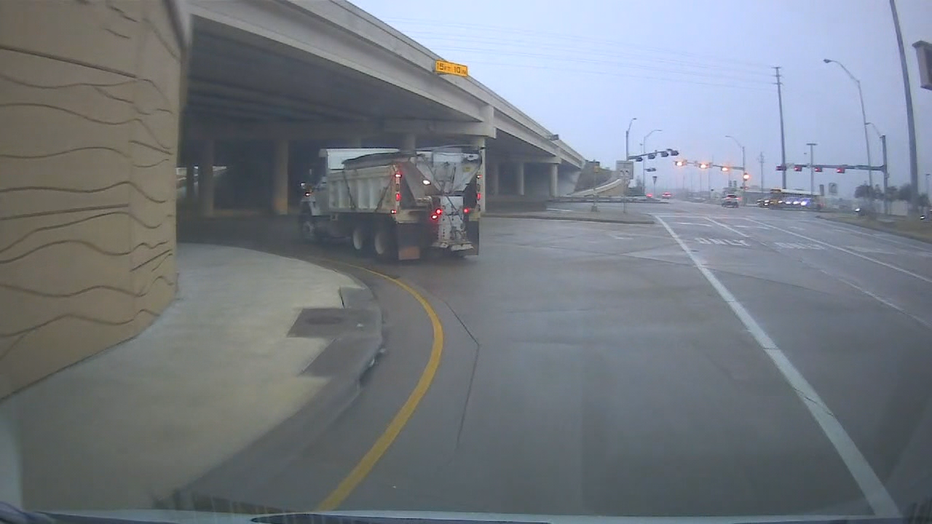 Boyd said crews are pre-treating highways and bridges with a brine mixture.

They're also monitoring for icy patches, a problem that contributed to several wrecks Wednesday and Thursday morning, including an 18-vehicle accident on I-45 in Dallas that killed one person.

"We are around the clock right now in the Dallas district, so our roads crew are on 12-hour shifts and we will continue to do so until the roads clear," Boyd explained.

Their plan of attack could shift going into next week, as the forecast calls for several inches of snow on top of any sleet or freezing rain this weekend.

"When we do have snow, we do bring out our snow plows," Boyd added. "Just a little bit here can cause issues that we're not used to."

Patricia Sanchez is a meteorologist with the National Weather Service in Fort Worth. She's monitoring the forecast hour-by-hour.

Sanchez said any precipitation that falls to the ground will stick, due to what could be a historic stretch of below freezing temperatures.

She cautions against leaving the house.

"If we see higher amounts stay on the ground for longer periods, it can be dangerous for travel. If you don't have to get out, don’t," Sanchez said.

A recommendation echoed by TxDOT.

"If you must get out, allow yourself time to drive in winter weather," Boyd said.

Sanchez said timing is everything, so for those needing to run an errand, the sooner the better.

"So we're probably going to have a transition between wintery mix, freezing rain, sleet Saturday night, transition into snow on Sunday. Pretty much going downhill from there," Sanchez explained.

The North Texas Tollway Authority, which operates the Dallas North Tollway, George Bush Turnpike and other tollways, has been treating its roadways since Tuesday and will continue to do so into next week.

Their crews are also working around the clock.