The victim says this is not what you classify as a traditional bar fight. She says she was viciously attacked by a woman and a man. Now, she wants them arrested. Surveillance footage from inside the bar highlights the area of the attack.

DALLAS - A woman ended up needing and getting a lot of stitches after she says she was attacked by a couple in a bar in Deep Ellum. The search for the attackers is on.

The victim says this is not what you classify as a traditional bar fight. She says she was viciously attacked by a woman and a man. Now, she wants them arrested.

However, violence is what she received when she went out Saturday night to Deep Ellum’s Off the Cuff Bar. The 27-year-old says a man accidentally elbowed her in the head. She says she asked him to watch out. 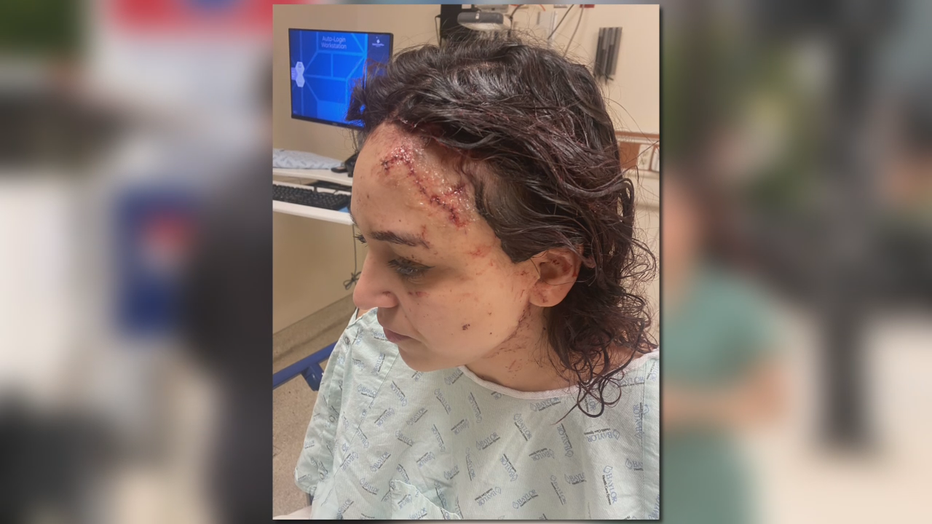 "I’m letting him know, ‘Hey, be more cautious.’ But his girlfriend started getting a reaction, and she started arguing with me. And to me, it’s not a big deal. I turn around. I dismiss her," she recalled. "Because I’m not looking for trouble at all. We’re all adults. I’m a professional. And she grabbed my face. And when she grabbed my face, that’s when I went down."

Surveillance footage from inside the bar highlights the area of the attack.

"She’s trying to get me on the ground," Borrego recalled. "But he grabs an object, and he like hits me in the face."

She says the man busted her head open.

"And he was like hovered over, hitting me from the back. Blood starts gushing everywhere," she recalled. "I have punches in my back. Bruises in the back of my head from him like swinging at me multiple times." 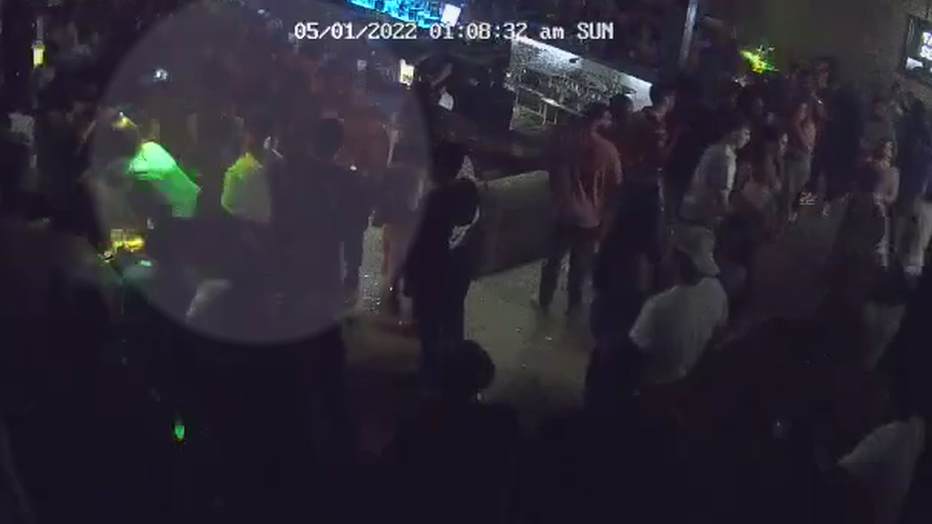 Security footage appears to show the man being escorted out of the bar followed by the girl he was with.

"I’m just really happy that I was able to walk away," Borrego said.

She walked away only for paramedics to take her to a hospital for the night. Photos before she was cleaned up at the hospital show her soaked in blood and are too graphic to show on TV.

"I passed out from so much loss of blood," she said.

Dallas police say off-duty officers working the area were notified. A report was filed, but police say there’s no suspect information available at this time.

Borrego wants her attackers caught. She’s trying to share that surveillance footage with Dallas police, but she’s waiting for a detective to reach out.