Coppell man recovers from COVID-19 after 9 months in hospital

A Coppell man has finally ended his nearly nine-month hospital stay where he battled COVID-19. But his recovery isn’t over yet.

COPPELL, Texas - A Coppell man has finally ended his nearly nine-month hospital stay where he battled COVID-19. But his recovery isn’t over yet.

64-year-old Bob Calabro is heading home after nine long months. There were elbow bumps instead of hugs as he left behind his second family at Medical City Dallas.

Bob’s wife, Gina Calabro, of nearly 30 years by his side. It’s a day she’s waited for far too long.

Already fighting blood cancer, COVID was the last thing Bob, a father of three, needed or wanted. But his COVID positive test came in June. Ever since, he’s been hospitalized in and out of ICU. 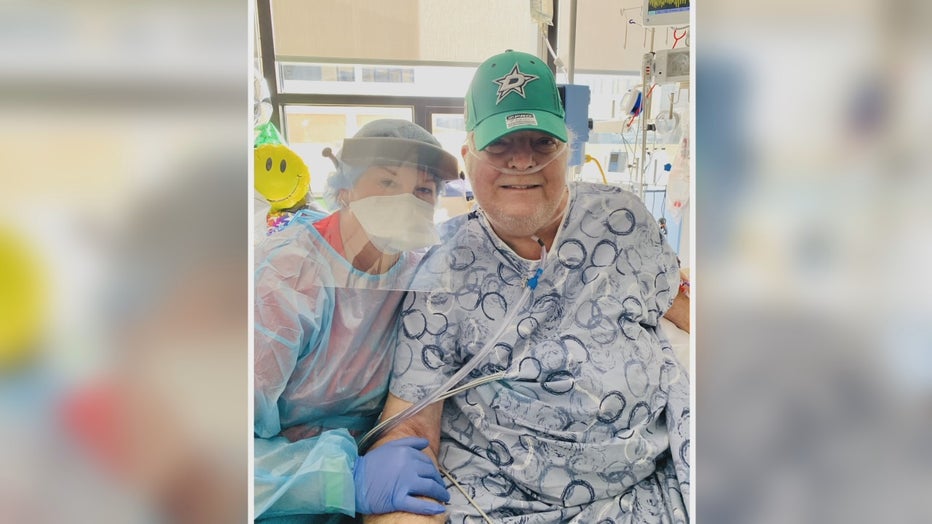 COVID and cancer seemingly conspired against him. But even in isolation, there were sources of strength.

"Folks who reached out to me, you know because nine months is a long time and the more contact I had with friends and family, the better it was," he said.

Bob was on leave from his job where he works in sales and marketing for Icelandic Glacial Water. He finally received the negative COVID test he’d been waiting for on New Year’s Eve but remained hospitalized and then inpatient rehab. The virus took such a heavy toll on his body.

"There’s something called the Bob Effect, and it’s a real thing," said Travis Kruse, a physical therapist. "As soon as you meet Bob, you just want to help him."

But the man loving dubbed the mayor of Medical City is going home. A legend he teases holding the title as the hospital’s longest-staying COVID patient. Whatever you call him, his tenure is finally over in a bittersweet goodbye.

"I’m just astounded about the care that they gave me," Bob said.