Brevard County Schools removed a book that leaders are calling inappropriate from one of its school libraries.

MELBOURNE, Fla. - Brevard County Schools removed a book that leaders are calling "inappropriate" from one of its school libraries.

The book Gender Queer, a memoir by Maia Kobabe, is making headlines in other parts of the country as some parents and leaders try to get it removed from schools.

The book is a graphic novel and told mainly through pictures. The book tells the author’s story of gender identity and sexuality.

"Some of the graphics and some of the pictures show sexual images," Brevard Public Schools spokesman Russ Bruhn said.

That’s why leaders with BPS now say the book should not have been in the library at Melbourne High School for students to check out.

Bruhn said a parent contacted the school principal after a student checked out the book and brought it home. School leaders removed it from the library immediately. 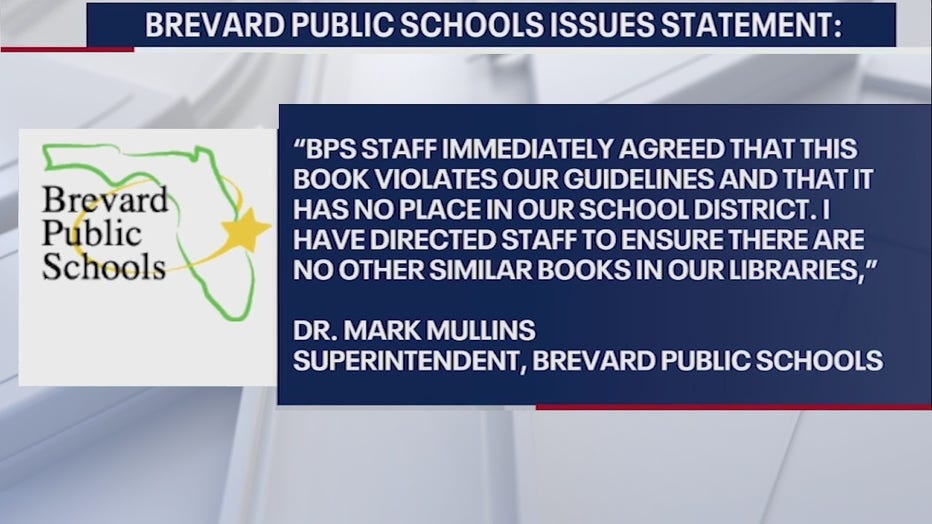 Bruhn said the district has certain guidelines a book must meet to be deemed appropriate and librarians typically look at book reviews and appropriate age groups before ordering. In this case, he said a librarian ordered Gender Queer by mistake.

"This particular book met those guidelines, however, it was definitely human error. It should never have been actually placed in our library and it appears that once it was ordered it was just put on the shelf and wasn’t reviewed. Even thumbing through the book, I think you could find that it was inappropriate," Bruhn said.

Bruhn said parents can go to the district’s website to see a list of all books at their child’s school.

The book’s publisher, Oni Press, said in a statement that limiting the book’s availability is "short-sighted and reactionary."