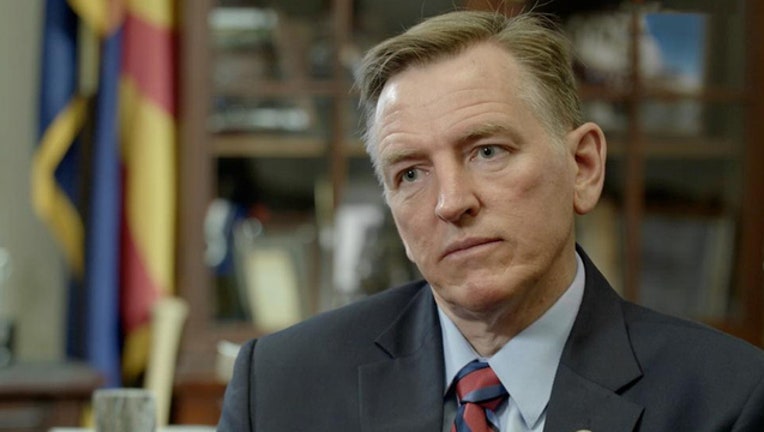 WASHINGTON (AP) - A Republican legislator from Arizona said any "illegal aliens" who attend Tuesday's State of the Union address should be arrested and deported. More than 20 Democratic lawmakers are inviting "Dreamers," immigrants who were brought to the United States as children and are living here illegally.

"Of all the places where the rule of law needs to be enforced, it should be in the hallowed halls of Congress," Rep. Paul Gosar tweeted. "Any illegal aliens attempting to go through security, under any pretext of invitation or otherwise, should be arrested and deported."

A number of Dreamers have been invited to the speech as guests of high-profile Democrats including House Minority Leader Nancy Pelosi and potential 2020 presidential candidates such as New Jersey Sen. Cory Booker and California Sen. Kamala Harris.

President Donald Trump has announced plans to end Obama-era protections for such immigrants. He now says he wants to grant them a path to citizenship, but Congress has so far been unable to come up with a legislative solution for an issue at the center of the recent government shutdown.

Dreamers are set to lose protection from deportation in March.

Gosar's suggestion drew a quick rejoinder from Sen. Jeff Flake, R-Ariz., who tweeted back: "This is why we can't have nice things..."