A spokesman for TWC did not have time to talk with FOX 4 but blamed the problem on the sheer number of claims.

About 11 months into the pandemic, FOX 4 is hearing from people who have spent months waiting to receive their first unemployment check and can't get any answers from TWC.

A spokesman for TWC did not have time to talk with FOX 4 but blamed the problem on the sheer number of claims.

With 7 million unemployment claims, TWC has done the processing work they would normally do in six years in 11 months. But the words ring hollow for people who just need to pay their rent or mortgage.

The stories we hear from viewer after viewer highlight the same problem with TWC.

Despite the state hiring companies to operate four call centers, the complaint is the same since the start of the pandemic. People with complex problems cannot get through to a TWC agent who can help process their claim.

Tony, an administrative coordinator who did not want FOX 4 to use his last name, was laid off in July. He has yet to receive a single unemployment check. He got through to a contracted employee who transferred him to the claims department.

"She put me on hold two and a half hours later I'm sitting there waiting and I get this message: ‘We can't get ahold of you. You'll have to call back later,’" Tony said. 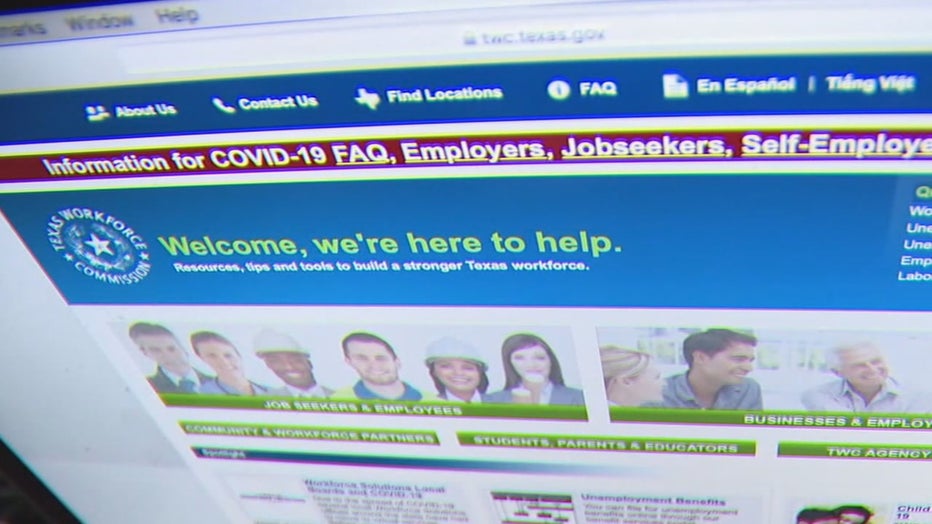 "They say it looks like my application is just stuck in the system. There are no red flags," she said.

But like Tony, Morris continually waits on hold only to be disconnected before reaching an actual TWC agent. Earlier this week, a spokesman for TWC said the call volume is still simply too high to handle.

While waiting for her unemployment check, Morris has gotten behind on a lot of bills.

"If they could look and see, I’ve been waiting for months and need to escalate," Tony said.

A spokesman for TWC said his team will be looking into Morris' and Tony's situations. We asked why the contracted employees can't vet cases and flag ones for a high priority call line or email. We haven't yet received a response to that question.