PLANO, Texas - Collin County held an emergency meeting after a vaccination site in Plano shut down early due to long lines

The vendor operating the site said the issue was a combination of overbooked appointments and people who missed a previous appointment showing up late. It decided Thursday to cut off the line, turning hundreds away. 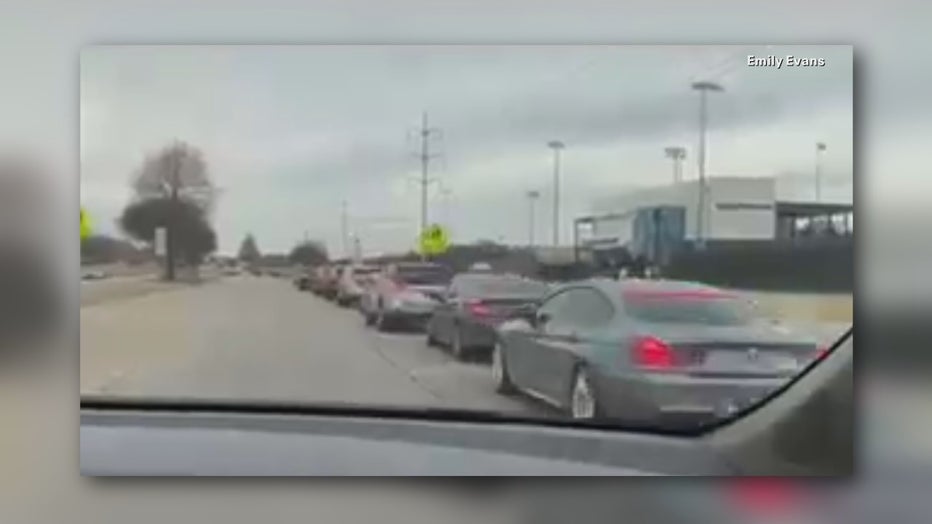 The question from the Collin county judge was whether a breakdown in communication led to this. He says he had to find out on social media that they cut off the line around 4 p.m. and continued to vaccinate people until shortly after 5 p.m. on Thursday.

A seemingly endless line of cars wrapped around Clark stadium in Plano on Thursday filled with people waiting to get their shots. Many were turned away after onsite staff decided to cut the line short before the site closed.

"That’s not acceptable to us to find out through social media about operational decisions made on site that impact us," said Collin County Judge Chris Hill.

Collin County called an emergency commissioners court meeting on Friday to figure out what happened at the site managed by Curative, a COVID-19 testing startup contacted to help administer vaccines.

Curative says its onsite team had public safety concerns about traffic as the line built. There were fewer vaccines available than people in line. And there were concerns about administering vaccines after dark.

It also believes many of the people who showed up were people who missed earlier appointments.

"We believe that it has to do with the compound number of folks who were coming from previous days at the non-specified times, along with an overestimation of the cancelations for folks to arrive on Thursday," said Miranda Gotlieb with Curative.

Curative says there was also confusion about what to do with the people who showed up outside their appointment times.

"Why was that not understood? It seems very clear to me that if we’re operating from a list by appointment only and someone shows up without an appointment at that time on that day, that seems to be a very simple conclusion end," Hill said.

And while Friday seemed to run smoothly at the site, Judge Hill hopes communication will work better in the future.

As for the people who came to their appointment when they weren’t supposed to, they’ve been rescheduled for Monday.