DALLAS - The city of Dallas is being sued over its panhandling ordinance.

The ordinance was passed by Dallas City Council in October of last year.

Citing "public safety concerns," the ordinance is meant to keep people from walking or standing on medians.

But the Texas Civil Rights Project, which filed a lawsuit against the city, says the ordinance unfairly targets the city's unsheltered residents and violates their constitutional rights.

Travis Fife is an attorney with the Texas Civil Rights Project. He is suing the city of Dallas on behalf of four plaintiffs, including two disabled combat veterans.

Fife says the city ordinance is unconstitutional and violates their first amendment rights.

"In reality, to the people it affects, it's a massive deal because that can be the difference between getting $5. You can afford dinner and having to spend the night hungry," he said. 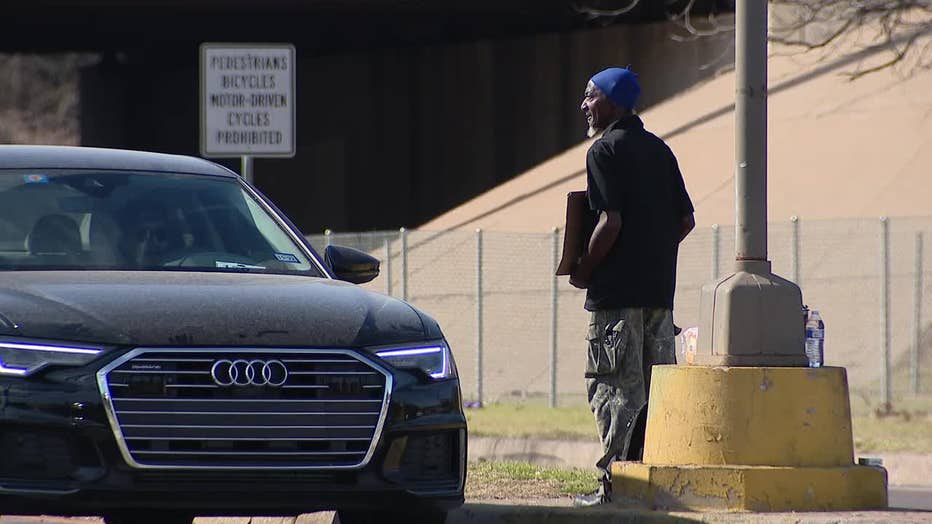 Adam Bazaldua was the only council member to vote against it, pointing out that many people standing in medians are panhandlers, even if the ordinance doesn't use that specific term.

The Supreme Court has found panhandling to be constitutionally protected under the first amendment, which means cities can't target the activity itself.

Bazaldua said then that the ordinance unfairly targets the city's most vulnerable residents.

Fife agrees, which is why he is asking a federal judge to issue a preliminary injunction to block enforcement until the matter is resolved in the courts.

Civil fines can amount to up to $500. Repeat offenders who don't pay up could be arrested.

"I just want to underscore that the ball at this point is really in the city's court," he said.

The city of Dallas has until Jan. 27th to issue a response to the motion.