The city of Dallas has removed a homeless camp after nearby residents complained it was putting their health and safety in jeopardy.

DALLAS - The city of Dallas has removed a homeless camp after nearby residents complained it was putting their health and safety in jeopardy.

While some who called the camp home say they have no place to go, neighbors are grateful the city is finally responding. The sprawling homeless encampment was covered by a canopy of trees and located behind houses along Tres Logos Lane in northeast Dallas.

"I am so excited, I am so happy, I have chills," said resident Maria Sanchez. "It’s not just the homelessness that we're talking about, its other individuals that are, you know, doing other illicit activities sketchy activities."

"Completely went from being a nice simple can take my kids back here and enjoy an open field within the city to I’m afraid for my children to even be outside alone," he said. 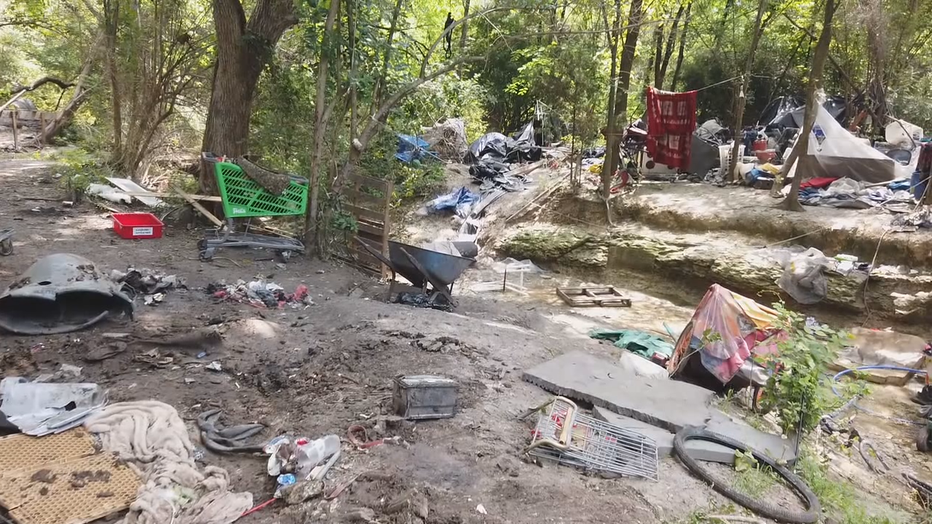 State Rep. Giovanni Capriglione (R – Southlake) wrote the legislation that is waiting for the governor’s signature that would make these kinds of encampments illegal.

"It’s not just about prohibiting encampments. There's things in the state budget, work that we've done with non-profits to make sure that we take care of the homeless population," he said.

The camp was located in Paula Blackmon's city council District 9. The city went in last week telling folks they had to go.

"They were forewarned," she said. "Now it’s the debris removal, hazmat, because now it’s a… public health issue too, because there’s human waste there."

Kristy Mack, the last person in the camp, says she has no place else.

"They say go to the shelters. The shelters are full, they don’t even have housing right now. So where are we supposed to go? They say stay hidden, well we try to stay hidden but we can’t because they bulldoze us out," Mack said.

Residents say they hope the camp will not pop back up again. 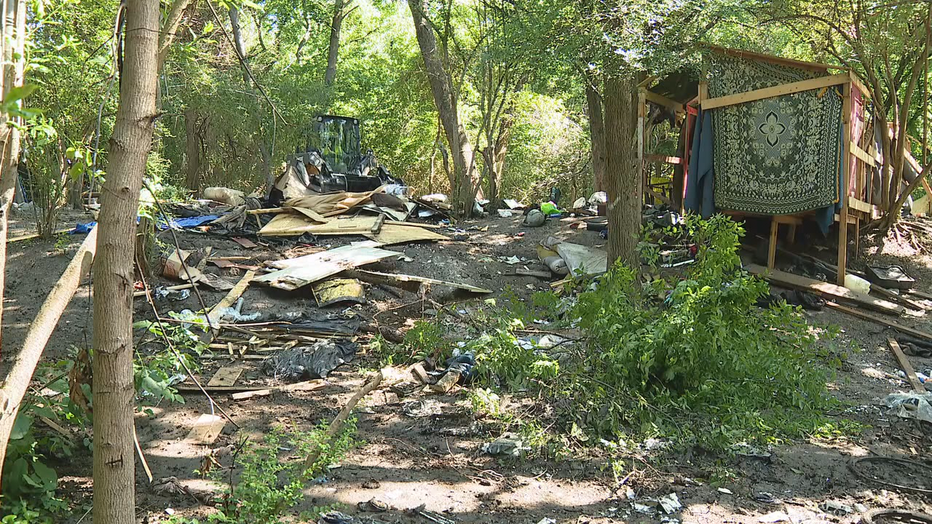