Details about the future of the trains and the space should be released on Thursday.

DALLAS - Children's Health confirmed Tuesday it is planning to remove a popular train display inside its Dallas hospital.

A spokesman said officials are waiting to say why the trains will be removed until the facility can notify employees by email after New Year's Day. But after 30 years, the trains are only set to run for a few more weeks.

Patients and their parents have started a petition in hopes of keeping the trains running.

The toy trains have transported thousands of children, like Janelle Tole, to a place away from pain.

“I would go to the trains and escape… ignoring what is hanging from my IV bag, and watch the trains and pretend I was going somewhere fun,” Tole said.

Kayla White was first admitted to Children's Health when she was two with a brain tumor.

She says the trains are even therapeutic for parents.

“I was just on the phone with my dad and he told me if he needed a break he could go down and have some peace and look at the trains,” White said. 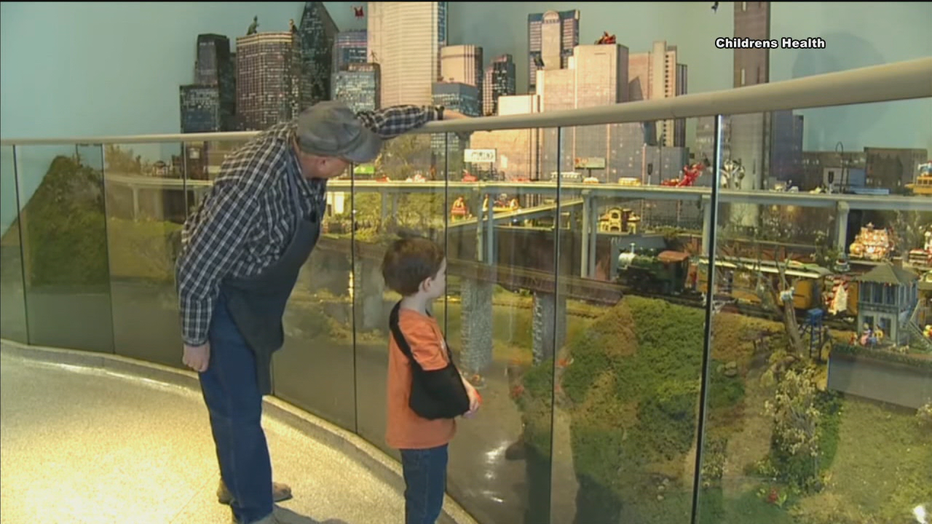 Felder Fitzgerald said he built the layout in 1989, when he was 49.

“They call me the train engineer but I like to refer to myself as the train doctor,” Fitzgerald said.

While the hospital has only confirmed that the trains are being removed, Fitzgerald said he was told it was to make room for a Starbucks and Panera.

Since the trains make up two stories, a second floor is set to be built for a children’s interactive area.

“It's heartbreaking to see something like that getting taken away for coffee,” White said.

Tole was also upset about the decision.

“It makes me want to cry, and makes me really angry. Taking the trains away and the way it made us feel, while we were there, patients, kids with cancer fighting for our lives,” Tole said.

She said even when she relapsed at 14, the trains transported her.

“Took me out of this dreary world of chemo and radiation, and fighting for my life, trains gave me courage,” Tole said.

Details about the future of the trains and the space should be released on Thursday.