DALLAS - A baby who stopped growing at just 21 weeks of pregnancy and was then delivered three weeks later just turned 4-years old -- beating some significant odds.

Avery Benowitz was reunited on Monday with his Baylor University Medical Center NICU nurses who helped his family through those fragile first months.

A lot has changed since he entered the world at just one pound and no bigger than a water bottle. Nurse Susie Helms is seen in a photo helping Avery's sister Addison, hold him for the first time.

Avery's mom Kaylee had a medical complication 21 weeks into her pregnancy. But Avery's malnourishment wasn't discovered for about 3 more weeks. Later at the hospital, a doctor didn't sugarcoat the difficulty of the situation.

"He said he is too small, if he’s born now, he won't survive," Kalee said.

Hours later she was in active labor.

"I woke up to nurses rushing in, heart rate had dropped to 10, and what I didn't realized is my placenta had collapsed on top of him,"

Benowitz woke up to the sounds of nurses voices.

"I could hear the nurses saying he is healthy, breathing good," she said. 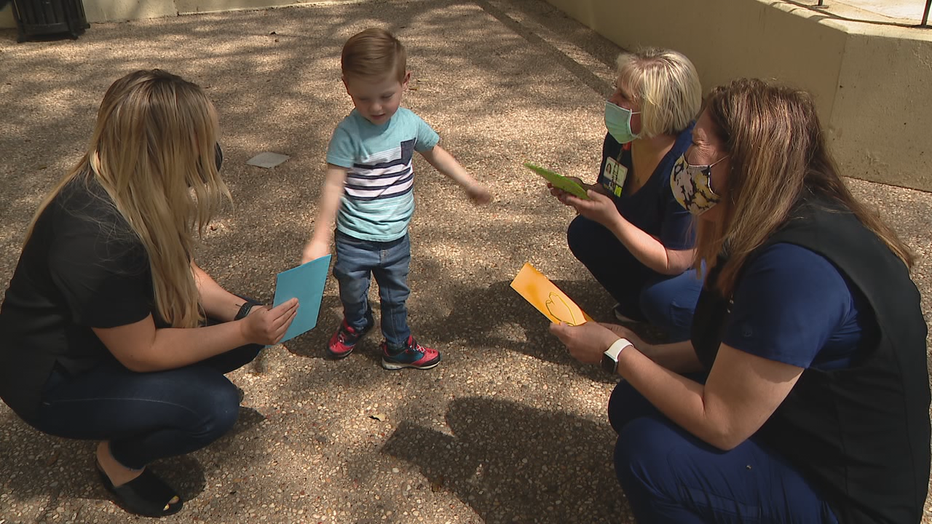 Nurses Valery Shellito and Susie Helms say stories like Avery's help give other parents in the NICU hope.

"When they see a nurse with experience, they will say have you seen a baby this size make it? They are clinging to you, for you to say, ‘Yes, I have seen it,’" Helms said.

Avery loves superheroes, which is fitting since he is quite the fighter himself.

At just two months, while still in the NICU, Avery also overcame an infection that left him without one hip. But he is in gymnastics and plays t-ball when doctors initially did not know if he would ever walk.

"To see someone one pound become healthy is a miracle," Kalee said. "Every day I look at him and think you shouldn't be here and you are."