Several tornadoes touched down in Central Texas Tuesday night. At least 23 people were injured, one critically.

SALADO, Texas - The National Weather Service will be in Central Texas Wednesday to check reports of several tornadoes

At least 23 people were hurt by severe storms in Bell County between Austin and Waco.

One of those people is in critical condition. The others were treated at the scene or released from a hospital. 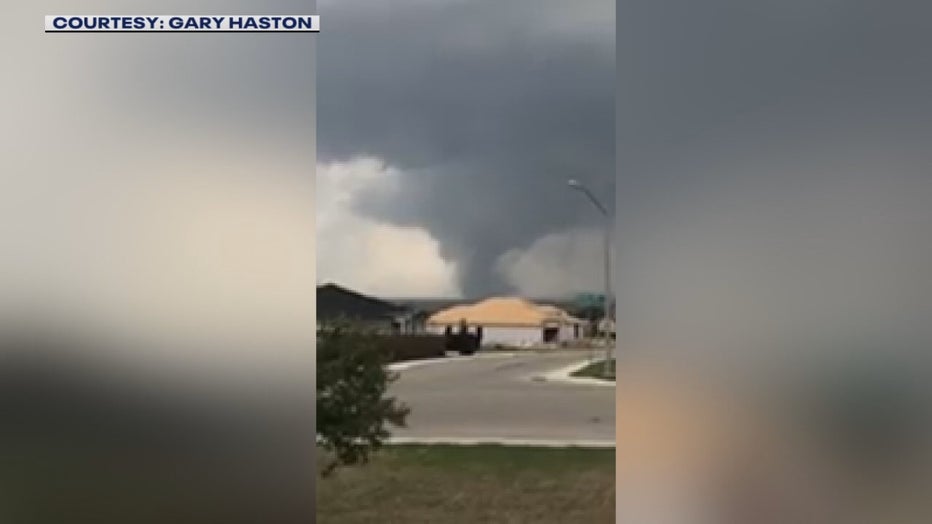 The county judge said he believes a tornado that started in Williamson County traveled seven miles, damaging homes and buildings.

After door-to-door checks, he believes everyone is accounted for.

"I want to say thanks to all those other assisting counties and state agencies that have responded, but it's literally going in by foot, going around the structures, trying to find the property owner if we can. And in multiple instances, we've been able to find the property owners and they can help us ascertain whether or not they have anybody missing or they're looking for somebody or something," Bell County Judge David Blackburn said.

Other tornadoes were reported in Jarrell, which is about 40 miles north of Austin, and in the city of Florence.

No one was hurt there but several structures were damaged, and a road was closed after power lines fell on it.

Photos posted on social media also showed hail as large as a grapefruit that fell near the village of Salado.