Hunters were encouraged to use protective equipment while field-dressing deer.

LANSING, Mich. - The U.S. Centers for Disease Control and Prevention shared a warning to hunters after a man in Michigan was found to have developed tuberculosis caused by bacteria transmitted from deer carcass.

In a report released this week, the CDC said the Michigan Department of Health and Human Services was notified in 2017 of a 77-year-old man who had tuberculosis caused by the bacteria Mycobacterium bovis or M. bovis.

The man had no history of travel to countries with endemic tuberculosis, had no known exposure to someone with tuberculosis and was a regular hunter who had field-dressed deer in the state for 20 years, according to the CDC.

The man also lived the northeastern Lower Peninsula of Michigan, which has a higher occurrence of M. bovis-positive deer, the CDC said.

After testing, the man was found to have been exposed to M. bovis bacteria. The report suggests that the man may have inhaled the bacteria while field-dressing diseased deer carcasses. 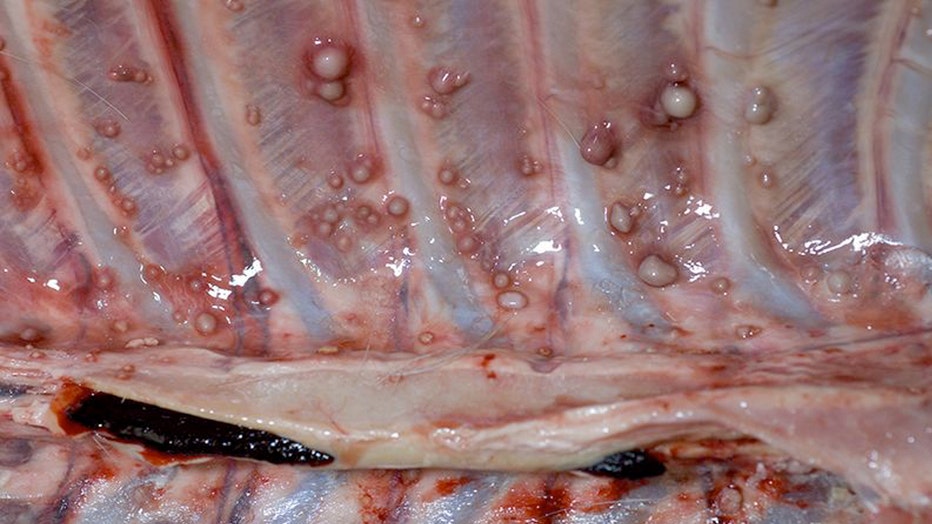 Bovine tuberculosis is an infectious disease that is caused by the bacteria M. bovis. The bacteria is most commonly found in cattle and other animals such as bison, elk, and deer. (Photo credit: Michigan Department of Natural Resources)

Two earlier hunting-related human infections with M. bovis were reported in Michigan in 2002 and 2004. In those cases, the patients had signs and symptoms of active TB and required medical treatment, the CDC said.

Bovine tuberculosis typically spreads through infected droplets when someone sick with TB coughs or sneezes. The bacterial infection usually attacks the lungs, but can also spread to other parts of the body, according to WebMD.

It can be transmitted to humans from direct contact with a wound, such as what might occur during slaughter or hunting, or by inhaling the bacteria in the air exhaled by animals infected with M. bovis, according to the CDC.

M. bovis bacteria is most commonly found in cattle and other animals such as bison, elk, and deer.

Hunters are encouraged to use protective equipment while field-dressing deer. The CDC said those in Michigan who submit deer heads that test positive for the bacteria M. bovis could be at a higher risk for infection and advise getting screened for tuberculosis.

In 2018, the Michigan Department of Natural Resources called bovine TB an “emerging disease” after the 73rd cattle herd was identified with bovine TB in the state since 1998.