Lorraine Maradiaga, 18, is charged with making a terroristic threat, a third-degree felony. She turned herself in on Tuesday morning after widespread media coverage the past two days.

CARROLLTON, Texas - Carrollton police have arrested an 18-year-old who posted on social media that she tested positive for COVID-19 coronavirus and is “willfully spreading it.”

Lorraine Maradiaga, 18, is charged with making a terroristic threat, a third-degree felony. She turned herself in on Tuesday morning after widespread media coverage the past two days.

She was tested for COVID-19 earlier this month.

Carrollton police, and no doubt the public, are relieved to learn her test results came back negative on Tuesday.

That fact, however, doesn't change what she did in the eyes of the law, as she’s accused of making a terroristic threat. 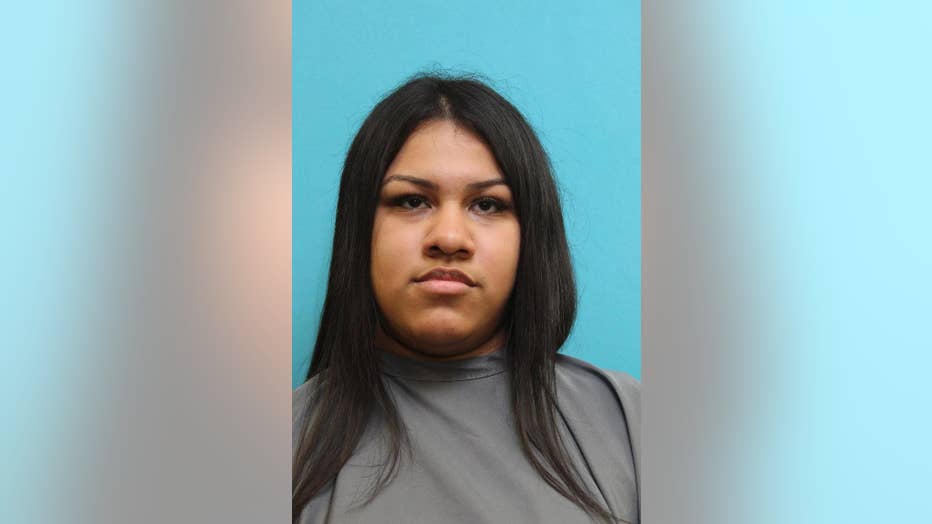 Maradiaga is out on $20,000 bond under tight restrictions after police said she made a terroristic threat on social media that caused a public panic.

The teen was ordered to quarantine for 21 days after she is released from jail as a precaution, police said.

Carrollton police officers are stopping by the home twice daily to check on her, and police said she is being cooperative.

RELATED: Police searching for Carrollton 18-year-old who claims to be ‘willingly spreading’ COVID-19

An arrest affidavit said Maradiaga was walking around inside the Walmart at Marsh Lane and Frankford Road in Far North Dallas last week, claiming she tested positive for the coronavirus and she was intending to spread it.

That post and others of her in a car caused concern that quickly spread online.

She was arrested, and investigators said they have confirmation that she's negative for COVID-19.

“We can confirm that the test she took on April 1 and widely shared on SnapChat did come back yesterday and was negative,” Carrollton Police Department spokeswoman Jolene Devito said.

Regardless, she's charged with making a terroristic threat, and Maradiaga isn't alone.

Fort Worth police arrested Jeffrey Smith for claiming to be infected, then coughing and spitting on people at a laundromat. He too faces the same third degree felony.

RELATED: Man arrested after coughing on people at Fort Worth laundromat

“It's certainly absolutely reasonable to have a charge of making a terroristic threat,” UTD criminology professor Alex Piquero said.

He added that it isn't uncommon for the Department of Justice to give guidance on these kinds of unique cases.

“In the world we live in right now, a threat and an actual action are very similar to one another. So it will be interesting to see what kind of charges the prosecutors actually go after and what kind of sentences they’ll hand down to those individuals,” Piquero said.

The charge of making a terroristic threat carries a sentence of 2-10 years in prison.

“This is not a time for fun and games,” Piquero added.