A monthslong controversy involving a North Texas fourth grade teacher and a book about racism has come to a close.

SOUTHLAKE, Texas - A monthslong controversy involving a North Texas fourth grade teacher and a book about racism has come to a close.

Last fall, the Carroll ISD Board of Trustees voted to reprimand the teacher after getting a complaint about the book in the teacher’s classroom library.

Both Carroll ISD and the teacher came to an agreement during a hearing Monday morning. Neither the district nor the teacher’s attorney would say much about the agreement they were able to reach, only saying both sides are pleased with the outcome. 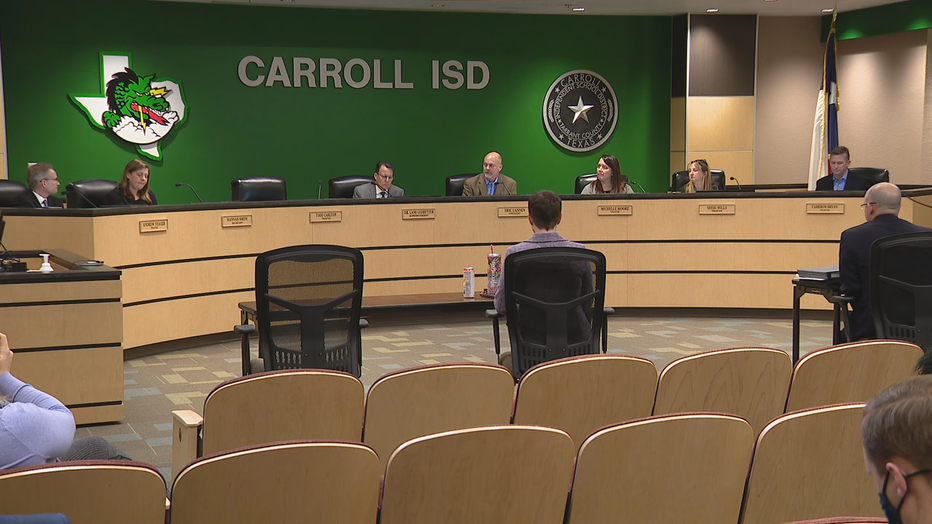 Carroll ISD is closing the chapter on a monthslong issue involving fourth-grade teacher Rickie Farah and a book on racism in her classroom library at Johnson Elementary School in Southlake.

The controversy started last fall when a parent complained.

Originally, Farah was not reprimanded. However, parents appealed the decision, and the board voted to move forward with a reprimand last October.

"There is simply nothing wrong with what the teacher did," one parent said at the hearing. "The parents couldn’t file a grievance about the book in the teacher’s library, so they made a cock-and-bull story about the teacher’s behavior."

Monday morning, the board of trustees met at 8 a.m. for a special meeting after Farah made an appeal.

In complaints filed, Farah claims she was never interviewed at any level of the grievance process and that the board violated board policy and school laws in the state of Texas.

Many parents who were able to make the early Monday morning meeting spoke supporting the teacher.

"Just as a board of non-medical professionals should not reprimand a doctor’s medical decisions, a school board — particularly one of individuals who do not value educators — should not be allowed to reprimand a teacher," said parent Stephanie Williams.

One speaker also called the board’s vote to reprimand an overreach of power. The board seemingly acknowledged the issue in a formal statement during Monday morning’s meeting.

After more than an hour in a hearing which took place behind closed doors, both sides eventually reached an agreement. 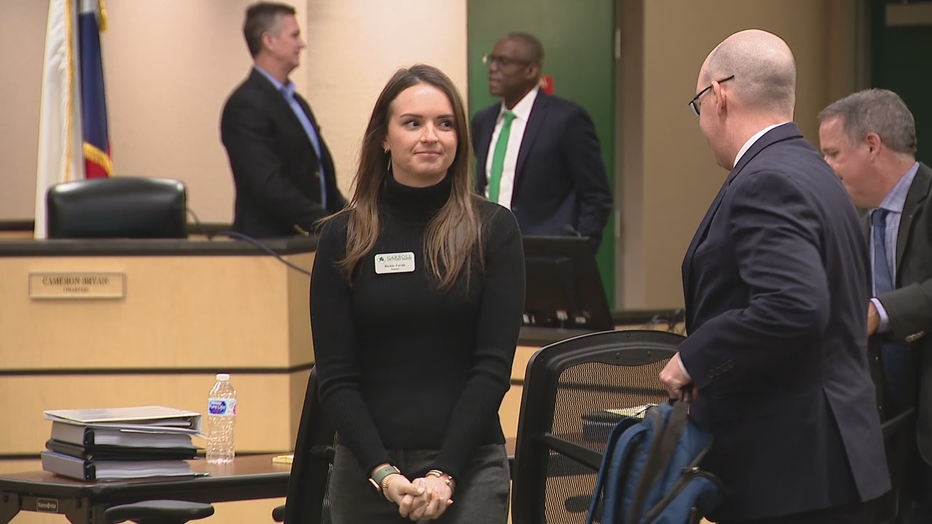 "Ms. Farah’s pleased with the outcome and grateful that it has been resolved," said Steven Poole, the executive director for the United Educators Association. "She loves this community, and her students and looks forward to continued success in the classroom."

While Farah herself didn’t speak at the open meeting, she did hug her supporters before heading back to the classroom.

This controversy is just one of a few the district has faced so far this year.