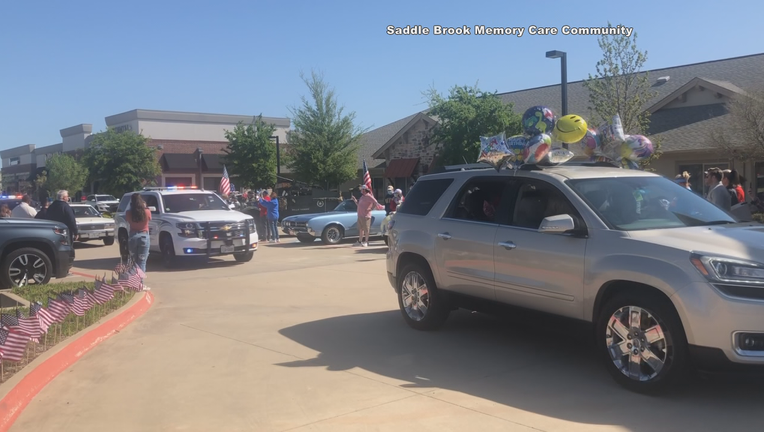 Burnie Sutter was greeted with 100 decorated cars honking and a plane flying by with a happy birthday banner.

He served his country in various areas and was part of a unit that liberated a German concentration camp in 1945.

Hundreds of flags were placed outside in his honor.

A service was also held to recognize Sutter, where the mayor of Frisco and other local and state officials were in attendance.