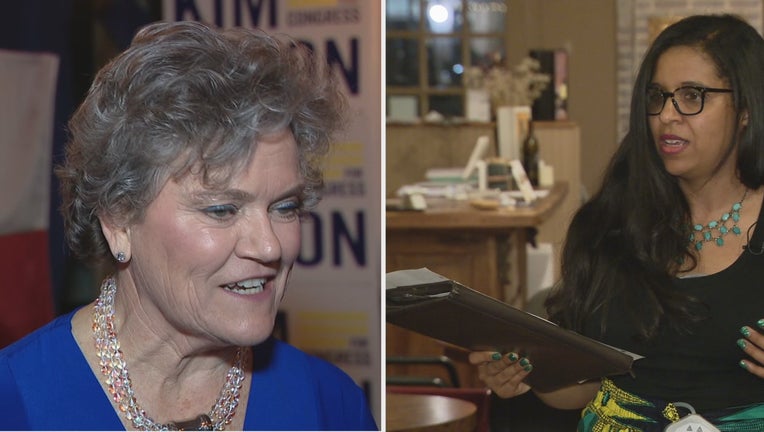 DALLAS - Candace Valenzuela, a former Carrollton-Farmers Branch school board member, will go on to face former Irving Mayor Beth Van Duyne in the race for Texas' U.S. House District 24 in the fall.

Valenzuela was the winner with 60 percent of the votes. Retired Air Force pilot Colonel Kim Olson had 40 percent, as of late Tuesday night.

Longtime incumbent. Rep. Kenny Marchant won re-election in 2018 by a surprisingly small margin and he opted to retire at the end of his current term.

Democrats are now aiming to flip that seat, which covers parts of Dallas, Tarrant and Denton counties. National Democrats and Republicans are expected to spend big on the race for the general election.

If Valenzuela wins, she could become the first Afro-Latina member of Congress.