You're working remotely. Your kids learn at a distance. But rent a house without any face-to-face contact? FOX 4’s Steve Noviello says buyer beware.

ARLINGTON, Texas - You're working remotely. Your kids learn at a distance. You'll even eat a pizza left on your front porch, thanks to contactless delivery.

Sally Tackett thought she found the perfect house in Arlington in the right neighborhood and at the right price.

Tackett really needed a break after, according to the police report she filed, she had just gotten scammed on a different house for rent. 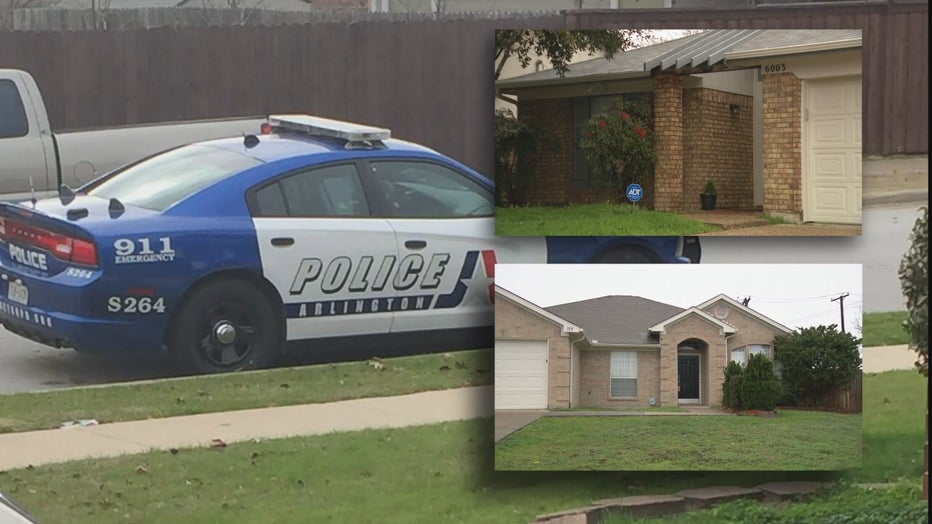 “We were doing everything by text and email,” she said.

Despite her accepted rental application paid deposit, Tackett never got to move into the first rent home. After sending her deposit, she says the man who said he was the owner sent a fake UPS email saying he sent the keys. They never arrived.

After Tackett was out more than $1,000, she started her search for a rent home again. After finding a house on Craigslist, she thought it was another home run.

This time, Tackett thought she’d better be careful. She insisted the landlord let her inside before any money changed hands.

“He sent us the code to the lockbox to get in the house. He knew exactly where the keys are and everything,” she said.

He even talked with Tackett on the phone as she toured the place with her wife. They knew him only as ‘David.’

For Tackett, it was a perfect house. For David, it was a tough time.

“He said he was in Houston, and he had a son in the hospital dying from cancer,” Tackett said. “And that's why he was doing everything by text and email.”

All the pieces were there. David had all the right answers. At one point, Tackett had to ease his concerns that they were good tenants.

After a one-year lease was signed and rent was paid through a mobile pay site, Tackett moved in. Then, a knock came at the door a few days later.

“Four days later, there was a knock at the door from the actual owners of the house asking us what we were doing there,” Tackett recalled. “We said we rented the house. He said no, ma’am. He said you have been scammed.”

After being scammed again, Tackett was immediately served with an eviction notice.

Officer Jesse Minton is with the Arlington Police Department, where Tackett filed reports for each of the houses fraudulently advertised for rent. He says with internet payments and no in-person meetings, it’s up to renters to be suspicious.

“It’s more of a newer phenomenon,” he said. “Tap the breaks for just a second when you're in that situation and make sure is everything like it should be?”

Are the homeowners available in person? Did they ask for a credit report and background check? Many scammers wont.

Do a quick google search of the address. Houses for rent usually have a realtor or correct contact. Make sure it matches.

And while you may think you've got a great way to get in touch thanks to that cell phone number they gave you, remember that, just like when a telemarketer comes calling, a local looking number could be coming from anywhere.

“Your internal voice may be saying this is too good to be true, but your external voice is hey this is exactly what I'm looking for,” Minton said.

“And that's not including the U-Haul and all of that,” she said.

FOX 4 did track down the owners of the house. It’s actually a rental company out of California. That's who came knocking. They did not return our calls.

Tackett says she had never heard of them and confirms theirs is not the ad she answered for the rental.

With digital lockboxes and online applications and payment, Arlington PD says they're not surprised the wrong person can give you access to the right house.