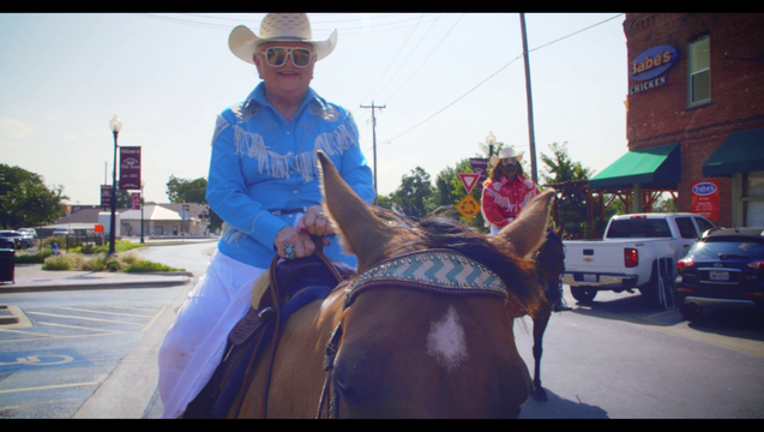 BURLESON, Texas - They've been singing it all summer and now the students in the Burleson Independent School District will be singing a remix of Lil Nas X's "Old Town Road" on the first day of school.

That's thanks to Superintendent Dr. Bret Jimerson and school board Trustee Pat Worrell, who decided to pump up students and employees with a parody video of the summer's hit song.

"Well... we're gonna give you choices and help you grow. We're gonna thrive ‘til we can't no more," they sing while riding horses down the streets of Burleson and wearing bright western gear.

The district released the parody video Monday during its annual convocation.

It's actually the fourth time Jimerson and Worrell have used their talents to excite employees, with past videos parodying songs by Justin Timberlake, Bruno Mars and Jay Z.

"We make these videos to engage students and show that learning can be fun. We want to be relevant and get students excited about school. It has become a Burleson tradition to see what we come up with each year to kick off the school year," Superintendent Jimerson said.

Jimerson said riding horses through Old Town with Worrell was a lot of fun.

"We asked Ms. Pat if she wanted to get on the horse, and she said, ‘You bet!' Ms. Pat steals the show, and it was great to see the look of amazement on people's faces," he said.

School in Burleson starts next Monday.