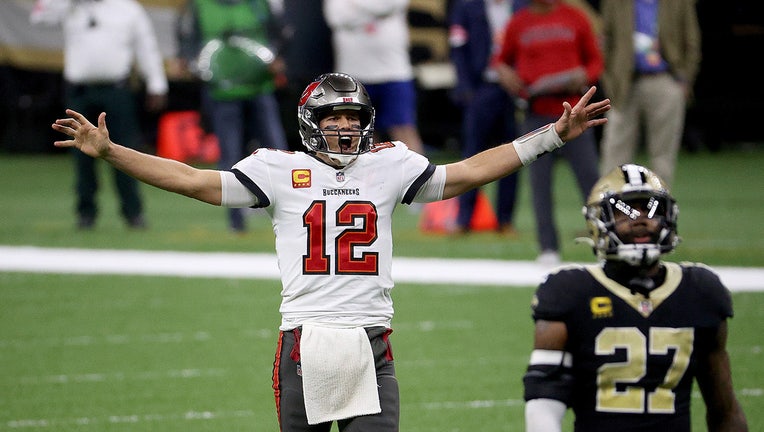 Brady and the Bucs' offense turned three Saints turnovers, including two interceptions of Brees, into touchdowns, and Tampa Bay beat New Orleans 30-20 in the divisional round of the NFL playoffs Sunday night.

Two of those touchdowns came on short passes to Mike Evans and Leonard Fournette. And after Brees was intercepted by linebacker Devin White in the middle of the fourth quarter, Brady drove the Bucs to the 1, from where he scored himself to all but ensure his 14th trip to a conference championship game -- his first in the NFC.

That game will take place in Green Bay next week, where the 43-year-old Brady will try to advance to his 10th Super Bowl in a showdown with Packers All-Pro QB Aaron Rodgers.

Meanwhile, the Brees era in New Orleans could be over after 15 seasons.

The game may have been the last in the Superdome for the 42-year-old Brees, who is under contract for one more year but has not discussed any plans to play beyond this season, and has sometimes hinted at his impending retirement.

While just 3,750 tickets were distributed in the 73,000-seat Superdome to comply with local COVID-19 restrictions, the fans made themselves heard with an eruption of cheers when Brees took the field for New Orleans' first offensive series.

If it was his last game, it won't be one he'll want to remember. The NFL's all-time leader in completions and yards passing was 19 of 34 for 134 yards, one touchdown and three interceptions. 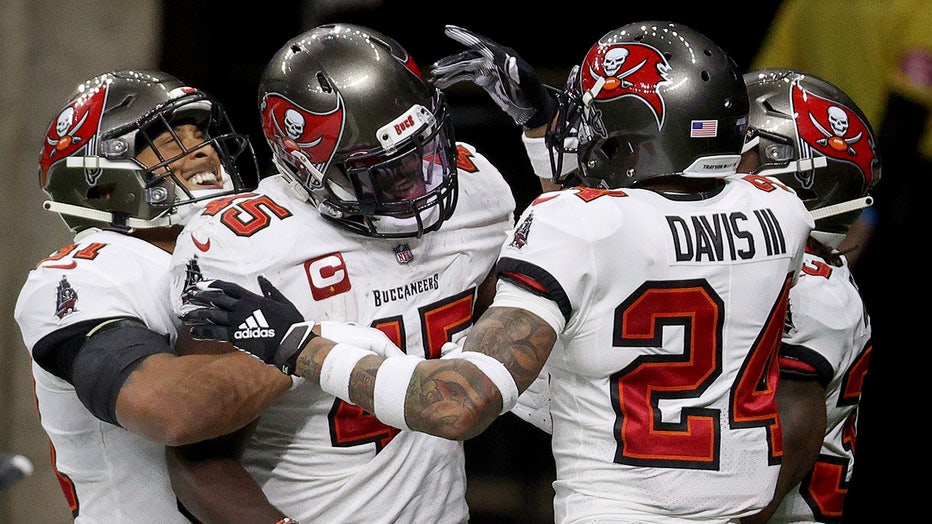 Devin White celebrates with his teammates after intercepting a pass thrown by Drew Brees in the NFC Divisional Playoff game at Mercedes Benz Superdome on January 17, 2021 in New Orleans, Louisiana. (Photo by Chris Graythen/Getty Images)

Brady finished 18 of 33 for 199 yards in what often resembled more of a defensive struggle. Unlike his previous two meetings with the Saints -- both losses -- he was not intercepted and largely avoided pressure, taking only one sack. 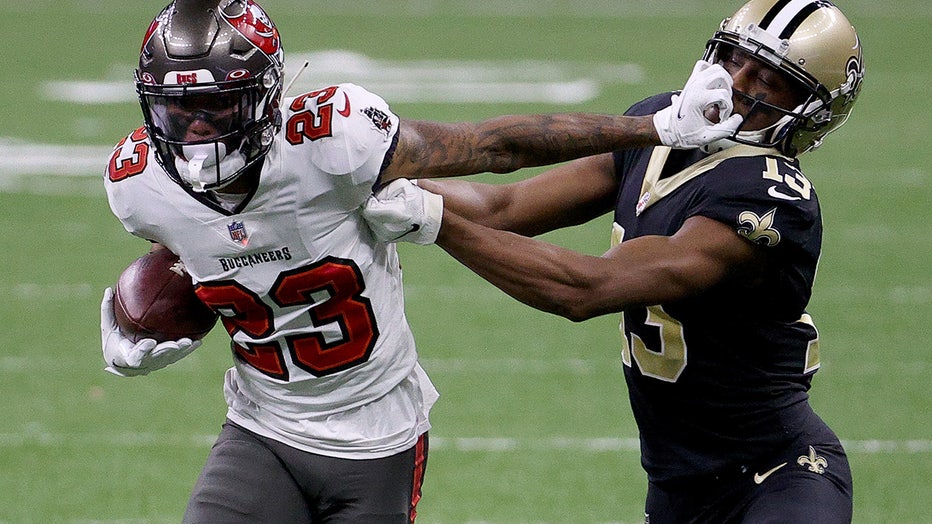 Sean Murphy-Bunting stiff-arms Michael Thomas as he runs with the ball after intercepting a pass thrown by Drew Brees. (Photo by Chris Graythen/Getty Images)

After Brees' third interception on a tipped pass late in the fourth quarter, the Bucs were able to close out the game with Brady, in his first season with Tampa Bay after 20 with New England, taking a knee.