People who tried to call 911 in Tarrant County Tuesday afternoon couldn't get through. The outage affected dozens of call centers throughout the county for about 30 minutes.

FORT WORTH, Texas - People who tried to call 911 in Tarrant County Tuesday afternoon couldn't get through. The outage affected dozens of call centers throughout the county.

Fort Worth, Grapevine, Colleyville, Southlake and Keller all sounded the alarm Tuesday. For about 30 minutes, people across the county experienced problems getting through to 911. They’d call but hear no ringing or dial tone.

Typically, when that happens, a call center would switch just its calls to another center. But Tuesday’s outage impacted all 33 call centers throughout Tarrant County.

Matt Zavadsky with MedStar says it happened at 3:29 Tuesday afternoon.

"We were actually on the phone with several 911 callers, and they were cut off in the middle of those phone calls," he said. "Then we were without 911 capability for 30 minutes."

Zavadsky says the typical fix when there is an outage at an individual call center would be to switch incoming calls over to another call center.

"When we started trying to do our backup plans and transfer the 911 calls to other centers, we were getting automated messages that those centers were down," he said. 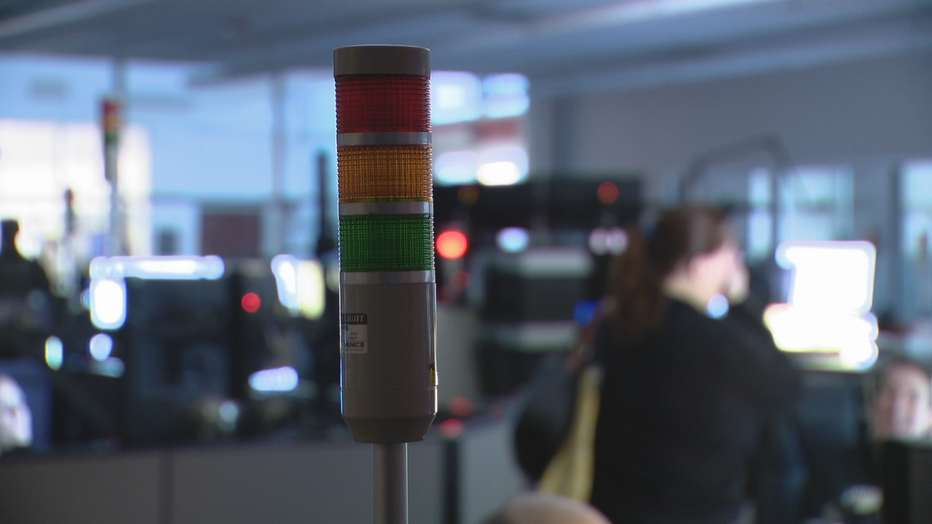 Turns out emergency lines at all 33 call centers managed by the Tarrant County 911 Operations Center were down.

"The tech team was working on an upgrade, and the system, unfortunately, went down," she said.

Dudek says they are still investigating the exact nature of the technical problem but adds there was nothing suspicious about the issues, meaning they were not hacked or anything like that.

The Tarrant County Emergency Operations Center happened to be activated as a precaution while President Joe Biden was visiting Fort Worth Tuesday.

The EOC is normally only activated in emergencies during disasters or things like presidential visits.

During the countywide outage, several fire and police departments, including Fort Worth, Keller, Southlake and Grapevine, started posting their non-emergency numbers on social media as an alternative for callers.

Dudek says the Operations Center quickly alerted the county’s service provider, AT&T. And by 4:09 p.m., the phones were back online.

"The most important thing is that at this time there is a resolution because you can call 911," she said. "It’s back up and running."

Dudek suggests people have non-emergency numbers for their area written down or saved in their phones.

"In case something like a 911 outage occurs, you have that number programmed in your phone and don’t have to search for it," she said.

Dudek says there were three agencies that continued to have technical difficulties throughout the afternoon: Tarrant County Sheriff’s Office, Burleson and DFW Airport.  But those centers were able to forward calls as needed to other centers.