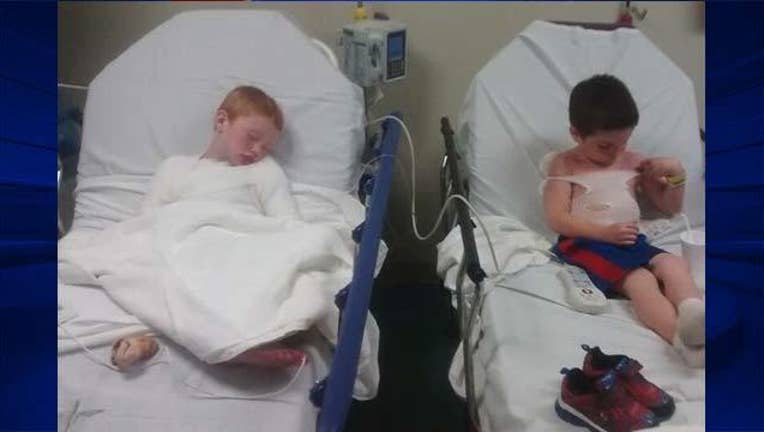 A day care center in northeast Oklahoma is closed after two boys were severely burned.

The 5 and 7-year-old brothers were sunburned during an outing to a local splash pad.

They weren’t wearing shirts or sunscreen and their backs and shoulders ended up covered in giant blisters.

“They were there for several hours from what I’ve been told and they didn’t make Connor or Tray keep their shirts on and they didn’t have sunscreen for them,” said Wayne Broadway, the boys’ grandfather.

According to News on 6 in Oklahoma, day care officials told the family they were out of sunscreen and the kids didn’t want to put their shirts back on.

The burns were so bad that one of the boys started having trouble breathing. His chest began to swell.

The children are now being treated for second and third-degree burns at a specialized hospital in Galveston.

Their day care, the Happiness is Learning Center in Vinita, Okla., has agreed to end operations while the Oklahoma Department of Human Services investigates.

Broadway said the family has had no previous problems with the center.