Davarjae Daniel, who is battling cancer, is traveling the nation and being sworn in as an honorary police officer.

DALLAS - A Texas boy who is battling cancer is spending his time getting to know his favorite profession: law enforcement.

He is traveling the nation and being sworn in as an honorary police officer.

There’s a new officer in town, and he’s a 10-year-old boy from Houston.

Davarjae Daniel, or DJ, as everyone calls him, is a very determined and brave young man. He’s battling terminal brain and spinal cancer.

He’s also on a mission to be sworn in as an officer with as many departments as possible. 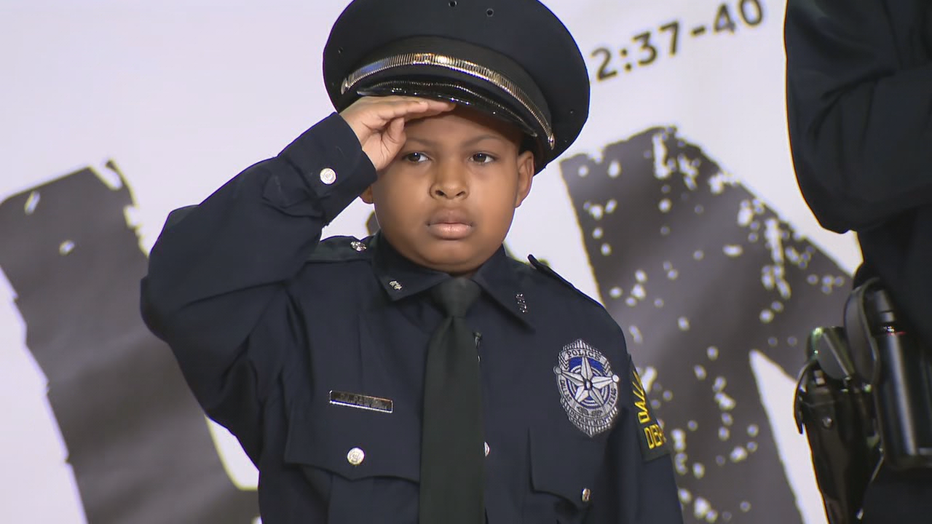 His goal to increase awareness of childhood cancer and to honor the legacy of a 7-year-old friend who died of cancer. She wanted to become a law enforcement officer.

"It’s a transformational moment for DJ, but it’s also a moment to bring us together as a community," Pastor Ricky Butler said.

Friday’s mass swearing in program at St. Luke Community Methodist Church in Dallas was a moving moment for many, including DJ’s dad.

One by one, the agencies welcomed DJ Friday, making his day, and seemingly theirs too.