Border officials testified in front of the Texas House Corrections Committee, stressing there is continued unrest at the Texas-Mexico border with record numbers of drug seizures and arrests.

DALLAS - Border officials testified in front of the Texas House Corrections Committee, stressing there is continued unrest at the Texas-Mexico border with record numbers of drug seizures and arrests.

Officials at the border painted a dire picture of the ongoing crisis saying things are not getting any better, and much more resources are needed.

Kinney County Attorney Brent Smith is one of many frustrated South Texans looking for more resources along the border. 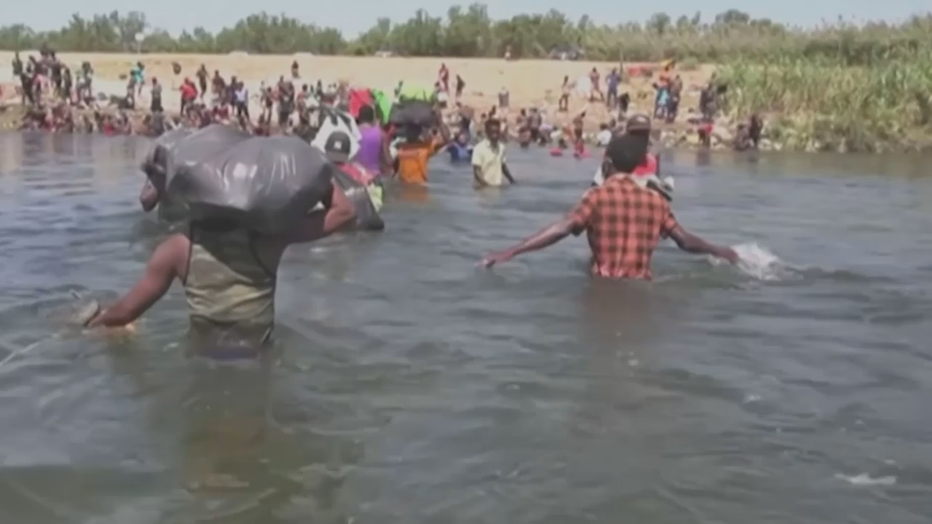 "It’s dangerous," he said. "You can’t even walk outside on your own property, especially if it’s dark. You have to change the way you live."

Smith testified in front of the Texas House Corrections Committee on the overwhelming number of criminal cases flooding his county. He says law enforcement arrests dozens illegal crossers each day for criminal trespass and other crimes.

"What we’re experiencing in Kinney County is an absolute disaster," he said. "Trying to prosecute these cases is like trying to build a dam when the floodgates have already been open."

RELATED: Many Haitian migrants from border camp staying in US, officials say

Smaller counties, like Kinney County near Del Rio, are facing challenges with getting enough attorneys and judges to handle the dramatic increase in arrests and court cases.

Officials in these counties estimate they could see up to 200 arrests a day, far exceeding their resources.

"So far this federal fiscal year, we’re at over 1.1 million apprehensions in Texas. It’s the highest it’s ever been," said Lt. Col. Freeman Martin, deputy director for the Dept. of Homeland Security.

The state has stood up temporary holding and processing centers to handle the influx of arrests, but officials say staffing those facilities is a challenge as well.

The state says most of those currently in state custody are from Mexico and Honduras.

Officials at the border say the federal cite and release policy and messaging warning people not to come are not helping.

"When they come, they know what to say," Martin said. "They’re seeking asylum. They’ve got it rehearsed. They all say the same thing."

With reports of more large migrant caravans moving north toward the Texas border, local officials are pleading for more resources to help.

"There’s a big problem coming," Smith said. "And if we don’t get ahead of it soon, we’re gonna lose."

Officials testifying on Monday noted state resources they’ve been given so far through Operation Lone Star have helped, but many of the witnesses said they could use more funds for staffing.