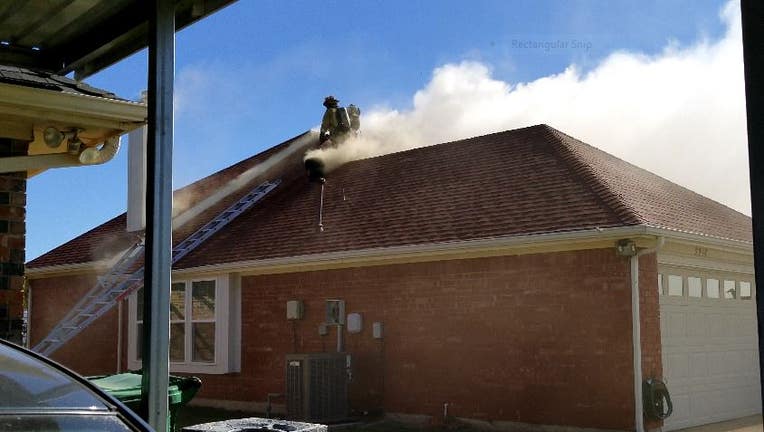 CARROLLTON, Texas - Police are investigating an apparent double murder-suicide after firefighters discovered three bodies from the same family during a house fire in Carrollton Saturday afternoon.

While working to put out the flames, they discovered the bodies.

Carrollton police said a 51-year-old woman and 77-year-old man had signs of trauma, and appeared to have died before the fire spread. The causes of death are still being investigated.

A 53-year-old man had a gunshot wound to the head, according to police.

Investigators said all victims are from the same family, adding that this was an "isolated" family incident. They added that this case is being investigated as a double murder-suicide.