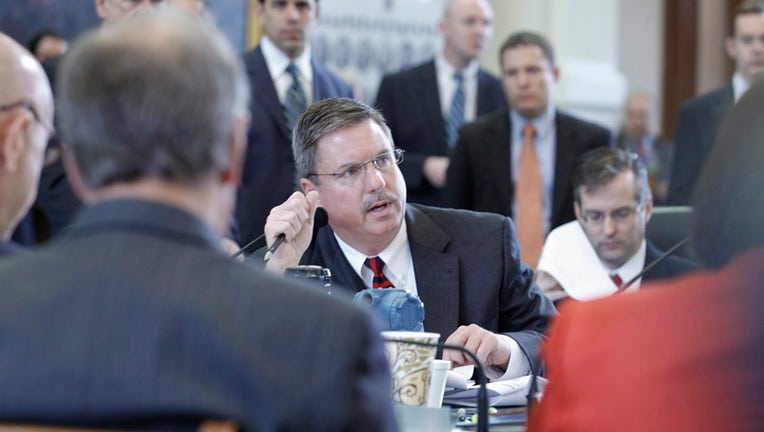 For the Texas power industry, this has been a time of soul-searching angst. Three weeks ago, dozens of the state's power generators failed in frigid weather, causing the worst outages in years and spawning multiple investigations. State lawmakers are demanding to know what went wrong.

The rotating blackouts, which hobbled the state for eight hours on Feb. 2, have called into question one of Texas' most basic tenets: that this state does things better than anyone else. The crisis even forced Texas to import power from Mexico.

During the hearing, lawmakers pointed out that northern states routinely deal with worse weather without the lights going out. Some of the newest coal plants belonging to one power company, Luminant, failed — prompting state Sen. Mike Jackson, R-La Porte, to say, "The brand-new stuff ought to be the best."

The heightened scrutiny of the Texas grid has reinvigorated longtime skeptics of electric deregulation. When full deregulation began in 2002, state officials insisted Texas could craft a smarter system than California, whose deregulation attempt had failed a year earlier amid intermittent blackouts. Essentially, deregulation in

Texas split utility monopolies, and encouraged competition between power generation plants and also between companies that sell electricity to consumers.

Consumer groups have long complained that deregulation created a system that is confusing to ordinary Texans. A website, powertochoose.org, lets Texas residents type in their ZIP code and select from numerous "offers" from competing electricity retailers.

Another hotly debated question is cost: a 110-page study, released last week by two nonprofit coalitions of cities, argued that electricity prices in Texas were below the national average before deregulation but are now above it. The electricity industry says the pricing question is complex and that Texans can choose among retailers to find lower prices.

There was a shortage of electricity in Texas last week but there is no shortage of talk in Austin. Texas Tribune reporter Alana Rocha joined Good Day to talk about whether the state can deliver a solution or just hot air after the deep freeze.

No one is suggesting that Texas will re-regulate its system in the wake of the blackouts. Indeed, some of the worst outages occurred in El Paso, which gets its electricity from a regulated utility and is not even part of the grid that covers most of Texas. (Some other Texas cities, like Austin and San Antonio, are also exempt from deregulation.)

But the blackouts have highlighted concerns with the deregulated system. One issue is that much of the activity in the electricity world is not made public, because it is classified as competitive information that could aid rival companies. Not until nearly two weeks after the blackouts did the grid operator provide a partial list of power plants that went down — information that, save for public pressure, would have been withheld for 60 days.

The weatherization plans that power plants submit to regulators are similarly marked "confidential." And no one yet knows which companies profited during the outages, when wholesale electricity prices soared, or how much the price spike collectively cost Texans.

The power companies help make the rules governing the grid because they are heavily represented on the grid operator's board. A state review last year recommended establishing an independent board — other transmission-management groups around the country have independent set-ups — but lawmakers seem reluctant to forgo industry expertise.

More investigations are under way. A consulting firm is looking into whether market manipulation occurred (early indications are that it did not, regulators said). Alarmed by blackout-related natural gas shortages that migrated from Texas to other southwestern states, federal authorities are launching their own inquiry. That may send a chill through the state's power industry, which — due to Texas' unique stand-alone power grid — largely escapes federal scrutiny.

So may some words from Fraser during the hearing. "I would prefer a free-market solution if we can do it," he told power company executives. "But, guys, we're here — we're governing."

Texas Tribune donors or members may be quoted or mentioned in our stories, or may be the subject of them. For a complete list of contributors, click here.