Dallas police are still looking for the people responsible for stealing bikes from a Boy Scout camp last month.

DALLAS - Dallas police are still looking for the people responsible for stealing bikes from a Boy Scout camp last month.

Police found the stolen bikes at a hidden trailer inside a homeless camp. It was thanks to members of the cycling community, who had been following what happened.

Dallas police say they know at least one of the suspects involved, but they add this isn’t a one-person job.

But it’s also the biking community that gave police an important lead and is helping out Camp Wisdom. 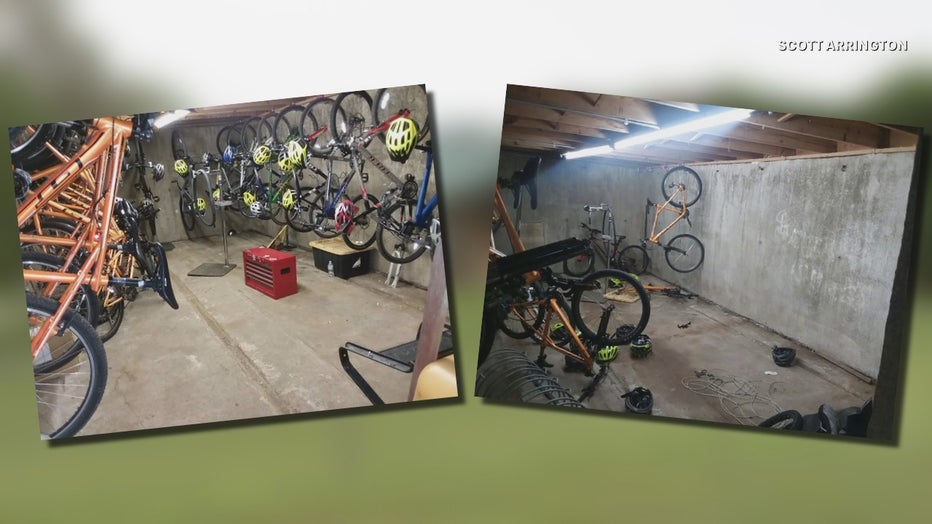 Camp Director Scott Arrington hopes to keep the program going this summer with more than 100 kids signed up to earn their cycling badge at Camp Wisdom.

"Our point of view is here’s the situation we have and how do we move forward," he said.

The Dallas-based Boy Scouts camp is looking to recover after setback in late April. Their bike barn was burglarized in the middle of the night, going from a room full of equipment to barren walls. 23 out of the 30 bikes inside were stolen.

"When they steal $20,000 worth of bicycles, that had a big impact on our program," Arrington said.

According to Dallas police, one of the stolen bikes was listed for sale on social media a few days later.

An unsuspecting buyer met someone at a gas station less than a mile from the camp just across Interstate 20 to buy the stolen bike. But when the buyer brought the bike into a repair shop, employees questioned if it was one of the Camp Wisdom bikes and immediately notified police.

Woody Smith from Richardson Bike Mart was also on the lookout after hearing about what happened at Camp Wisdom.

"Sometimes, the thieves will bring the bikes in and try and sell them and we can catch them in the act," he said.

"Parts are bringing up a premium because of COVID," he said.

Police called in Air 1 to fly over where the bike was purchased. The helicopter spotted bike parts and tools scattered across a homeless camp in a nearby wooded area. Police also located other missing scout equipment inside a trailer on the property.

"We only got one bike back completely intact," Arrington said.

Smith says he’s set to deliver a dozen bikes to Camp Wisdom, and he knows others will do the same.

"We are going to make it happen, regardless, "Arrington said. "Exactly what that looks like or how we get there is still up in the air, but the outreach from the community has been inspiring."