Dealing with COVID-19: How to live with the virus

As new variant continue to spread across the U.S., we talk with doctors about how to live with the virus now and in the future.

WASHINGTON - The Biden administration has officially withdrawn a rule that would have required workers at big companies to get vaccinated or face regular COVID testing requirements.

The Occupational Safety and Health Administration confirmed the withdrawal Tuesday. But the agency said it still strongly encourages workers to get vaccinated.

In early November, OSHA announced a vaccine-or-test mandate for companies with at least 100 employees. The rule __ which would have impacted more than 80 million U.S. workers __ was originally set to go into effect on Jan. 4.

But numerous states and business groups challenged the rule in court. On Jan. 13, the Supreme Court halted the plan. In a 6-3 ruling, the court's conservative majority concluded that OSHA had overstepped its authority.

"OSHA has never before imposed such a mandate. Nor has Congress," the court's majority wrote. "Indeed, although Congress has enacted significant legislation addressing the COVID-19 pandemic, it has declined to enact any measure similar to what OSHA has promulgated here." 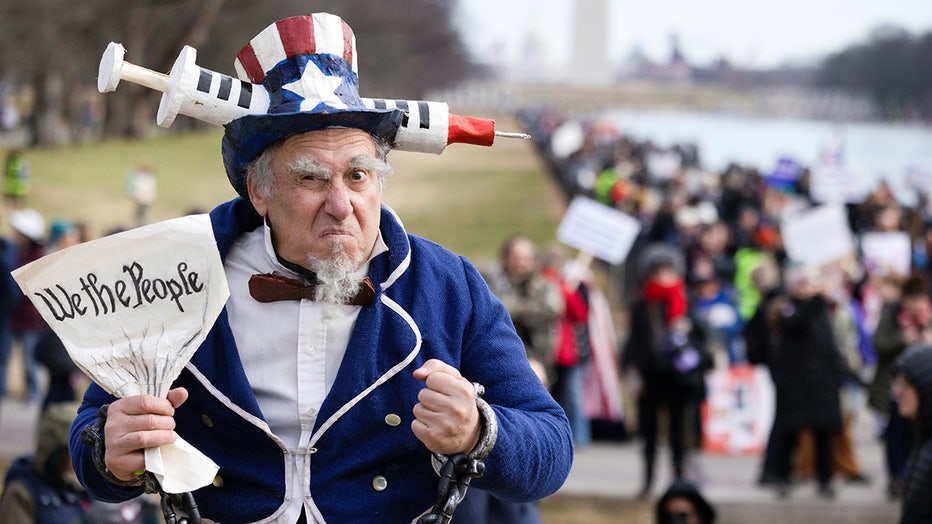 A man poses while attending an event protesting vaccine mandates and other pandemic restrictions in Washington, D.C., Jan. 23, 2022. (Photo by Aaron Schwartz/Xinhua via Getty Images)

U.S. corporations have been split over whether to mandate employee vaccinations. United Airlines began requiring vaccines in August; the company says 99% of its workers have been vaccinated or have requested medical or religious exemptions. Tyson Foods, which also announced a mandate in August, says 96% of its workers were vaccinated by a Nov. 1 deadline.

But other big businesses, including Starbucks and General Electric, scrapped previously announced vaccine mandates for their employees after the Supreme Court's ruling. 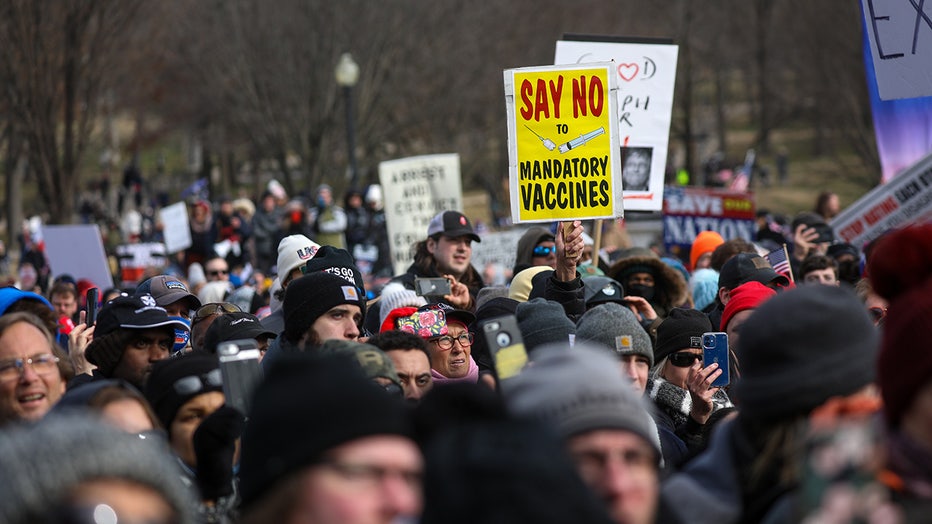 Protesters carry banners as thousands gather near Lincoln Memorial to stage a protest against vaccine mandates on January 23, 2022. (Photo by Yasin Ozturk/Anadolu Agency via Getty Images)

OSHA indicated that the rule could return in some form. While it is no longer an enforceable standard, it remains a proposed rule, OSHA said. For now, the agency said it will prioritize the health care mandate.

David Michaels, an epidemiologist and former OSHA administrator who now teaches at The George Washington University, said the agency could consider a new rule that would include other measures designed to prevent the spread of COVID-19 in workplaces, such as requiring face masks, distancing, and better ventilation systems.