A Crime Stoppers reward is up to $25,000 in the case of a University Park husband and father shot to death on a busy interstate. Police say road rage appears to have led to the killing.

DALLAS - A Crime Stoppers reward is up to $25,000 in the case of a University Park husband and father shot to death on a busy interstate. Police say road rage appears to have led to the killing.

More than a month after his murder, the wife and three children that 53-year-old Chris Murzin left behind are still desperate for answers and determined for his killer to answer for their actions.

Christina Murzin is unable to accept the tragic and senseless nature of her husband’s sudden death, including a special needs son. Chris was driving his black 2002 Yukon Denali westbound on I-20 in Dallas.

In medical device sales, Chris was going from Tyler to Abilene for work on Feb. 11 when the roads turning treacherous with ice. 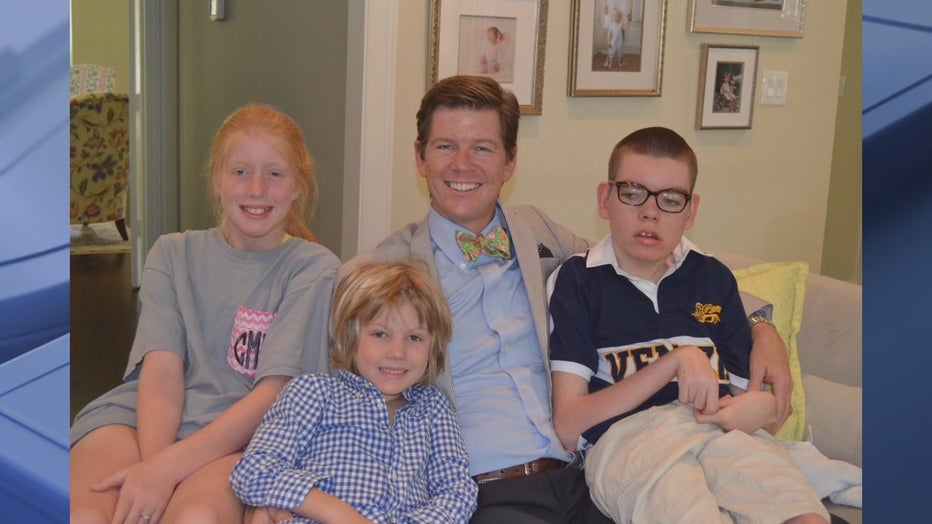 Just shy of the Polk Street exit shortly after 1 p.m., someone in a small silver SUV opened fire on the driver’s side of Chris’ SUV.

Christina says fortunately someone called 911 and reported what they saw.

"Police believe it was some sort of road rage but don’t have any idea what sparked it," she said.

Christina had spoken to him just 20 minutes prior and nothing was amiss.

"I don’t understand how somebody could take somebody else’s life they’ve never met," she said. "They have no idea what good that person has done or could be doing if they were allowed to live. It’s just heartbreaking."

Chris is described as an outstanding husband, father and neighbor. He was a best friend to his 21-year old-wheelchair-bound son, Jack, and champion of all people with special needs, fighting for accessibility and inclusion.

Despite their profound grief, Christina says they aren’t giving up. In fact, it’s just the beginning.

"Hopefully doing a billboard, flyers, a web page," she said. "They need to know what they took from us, and they have just really crushed a family beyond repair."