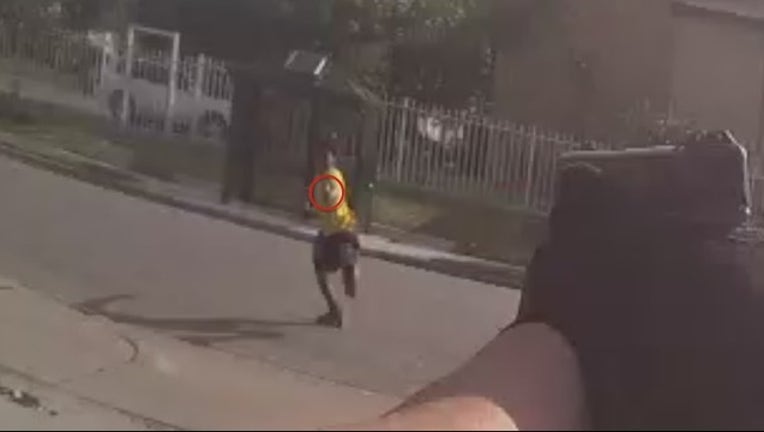 An autopsy shows Fort Worth police fatally shot an armed man in the back.

Body cam footage from the Wednesday afternoon shooting appears to show the 18-year-old pointing a weapon at officers when officers fired.

MORE: Person of interest in recent homicide fatally shot by Fort Worth officers

The deadly shooting happened Wednesday around 5:45 p.m. in the Woodhaven area of Fort Worth. Police expedited the release of the body cam and made it public on Thursday because of "misinformation" they say was being spread on social media.

Police say they wanted to talk with 18-year-old Amari Malone earlier this week about a murder case. They say he ran and pointed his handgun at them. That's when they shot him, hitting him in the back.

The body cam videos from several officers show as they drive up and try to talk to Malone before he ran away. When officers chase after him, the videos show Malone pull out a gun from his waistband and point it at officers before he was fatally shot.

There are now two investigations in the shooting by the department's major case unit and internal affairs.

The four officers who opened fire are on paid administrative leave.