Austin half marathon brings back normalcy for runners

Organizers reduced capacity by 53%, assigned start times were extended over a longer period and mass-gathering activities were eliminated.

AUSTIN, Texas - The Ascension Seton Austin Half Marathon was one of the last events held in 2020 and one of the first to return in 2021.

However, the race looked different this year due to the pandemic. Organizers reduced capacity by 53%, assigned start times were extended over a longer period and mass-gathering activities were eliminated.

While the race may look different, it brought back some normalcy for these runners.

"The crowd, while a little bit small, there was still lots of camaraderie and cheering and it just made me so excited for the whole time," said runner Michelle Murray.

Murray finished first in the Women’s Elite category. She clocked in a time of just under an hour and 25 minutes. Murray is from New York and traveled to Austin for the race. She said she’s been prepping for months. 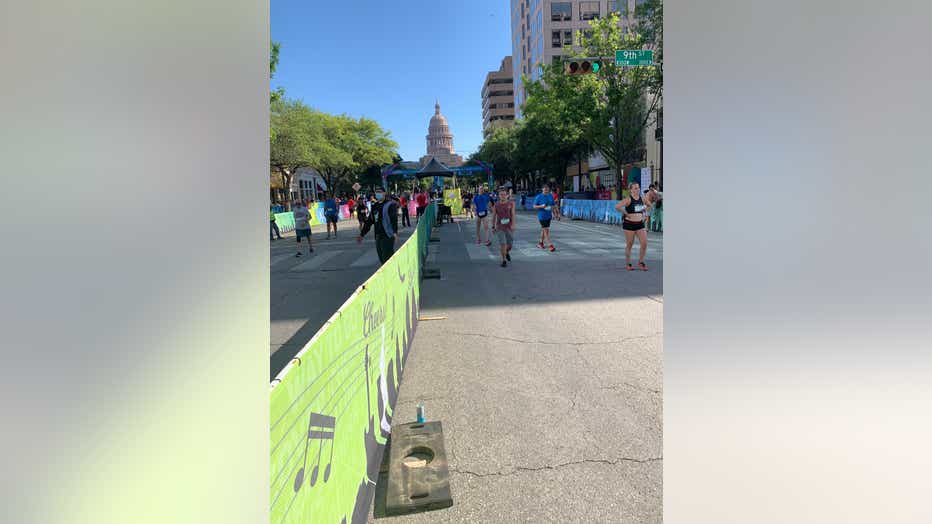 Organizers reduced capacity by 53%, assigned start times were extended over a longer period and mass-gathering activities were eliminated.

This is her second-half marathon. She said that now, with a win, she is going to challenge herself even more.

"Tt’s really exciting to know it’s only up from here," she said. "I can only get better."

Jordan West finished first in the Men’s Elite category. Following behind him was Michael Morris.

"I'm really pleased with how I ran today," Morris said.

The Austin Marathon has announced they have been approved to hold a half marathon and 5k on April 25 with COVID-19 safety measures in place.

Morris lives in Austin, so this isn’t his first Austin marathon, but said it was his best finish.

"I’m really happy with how my training has been going and what I’ve been working on, and I really think that I was able to show that today," he said.

Like so many, Murray and Morris said this past year has been challenging. But, as runners, to have an actual event to run is motivating.

"I just think everybody was so ready to be here and is so excited for this first step back into racing and opening up the doors for us again," said Morris.

Many runners are just focused on pushing through, but Mark Pinales had something else on his mind.

For former Seattle Seahawk and Green Beret Nate Boyer and two-time Olympian Leo Manzano, the race started as a friendly rivalry. But, the training and race day showed them it's more than just running.

"It’s great to have personal goals and push yourself, but like when you know you’re helping the community and helping people in need it just makes you go that much further that much harder," Boyer said.