Dallas based AT&T is taking new steps to reach underserved students and families left on the side of the high-tech highway by the digital divide.

DALLAS - Dallas based AT&T is taking new steps to reach underserved students and families left on the side of the high-tech highway by the digital divide.

The company made a $2 billion commitment to help bridge the divide in 2020 and is working to help North Texans and others across the country.

On Thursday it opened the first of more than 20 planned AT&T Community Learning Centers in places where people need the most help, like Family Gateway in downtown Dallas.

"To be able to be here and plant a new seed for me and my children is definitely a blessing," said Liona Laie, who lives at the shelter with her five children.

Laie said the new computers will be a big help for school.

"This is able to help all of them tune in to whatever they have to learn at their own pace," she said.

AT&T is installing infrastructure and partnering with Dell for desktops.

The pandemic showed how important internet access was for all Americans. 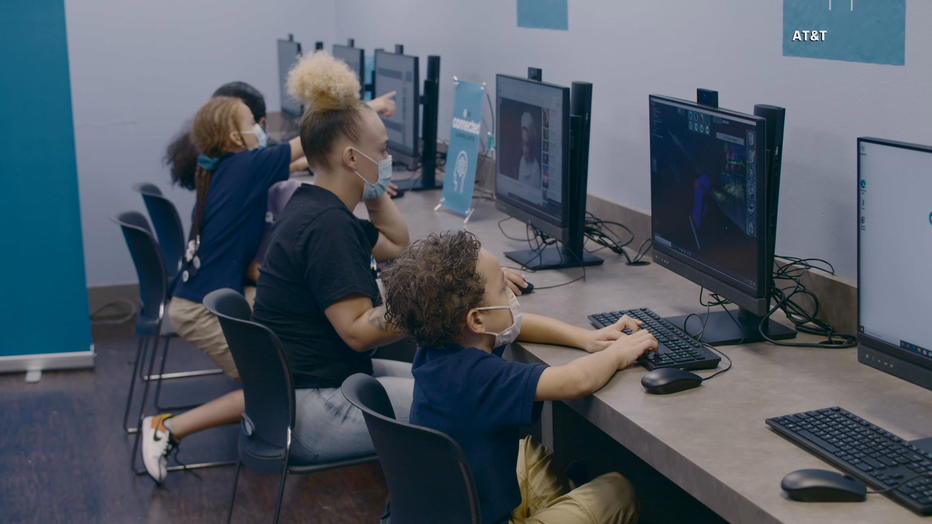 "Over the last three months its sixty families per month, the need has doubled," said Ellen Magnis, Family Gateway President/CEO.

These children statistics show are twice as likely to fall behind academically, so gateway tries to bring stability.

"So this is certainly important to do that, not only for our kids, but also for our adults who need to be connected to employment and all of that," Magnis said.

AT&T has other efforts, as well.

Salvation Army centers are getting 200 refurbished computers from AT&T, the Dallas Cowboys and the NFL Foundation. Through the Public Library Association, AT&T is launching free online digital literacy courses.