As businesses start to partially reopen, North Texans wrestling with decision to go out or stay in

Business is somewhat back this weekend, after phase one of four in Texas’ reopening started Friday.

DALLAS - Business is somewhat back this weekend, after phase one of four in Texas’ reopening started Friday.

When thinking of being cooped up in the house during this pandemic, Monaay Thompson joked that it was an easy decision to get out to West Village for a meal with her family Saturday.

“Horrible. Living with kids. All day. Running around my house getting on my nerves,” she said. “Dealing with three kids, it was the easiest decision we probably could have ever made.”

Restaurants across most of North Texas are now allowed to have people dine-in at 25 percent capacity. Some said they battled with the decision to go out.

“I think with the weather being so nice, it’s really more challenging because you don’t want to be cooped up,” Cindy Kelly said.

Patio seating is big for restaurants like Mi Cocina. They had a two hour wait on Saturday, but not all businesses are picking up the pace.

“I thought that people were going to come out in droves but we’ve been proven wrong,” said Selina Rainey, with Y and I Clothing Boutique.

Rainey said Y and I Clothing Boutique opened for appointments only on Friday, but business was slow. So they opened up for walk-ins on Saturday.

Still, she said they’re only getting about a third of the foot traffic as they normally would on a Spring Saturday.

They’ve made adjustments inside.

“All sales are final because, I mean, we don’t to take it home and get it contaminated or the possibility of contamination,” she said.

But even changing how they operate doesn't help them predict when would be the right time to reopen.  Even customers haven't decided what's entirely safe. 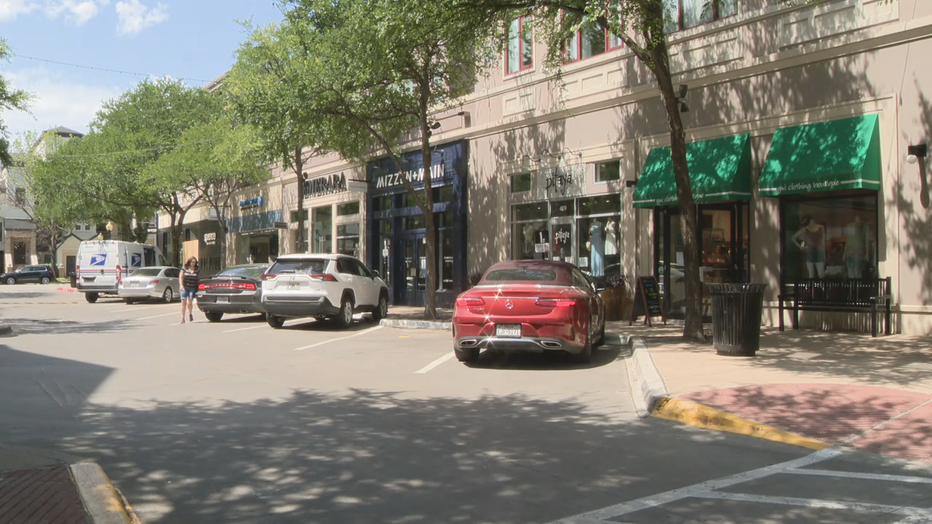 “I suspect they’re probably opening up a bit too soon,” Larry Gates said.

Gates thinks everything might be moving a bit too fast, even though, he admitted he was out Saturday getting food.

More testing, however, could contribute to higher counts.

The Katy Trail had a fair amount of people Saturday, but nothing like you’d typically expect in May.

The Katy Trail Ice House was open on Friday, but Saturday, the restaurant was only doing curbside to-go. The Ice House did not respond when asked why the change was made.

“I go to the drug store to pick up prescriptions and the grocery store, and that’s really kind of about it,” Kelly said.

This weekend showed North Texans have quite a bit of time before returning to normalcy, but some are grateful for at least a start.

“I’m still wearing the mask just because, at the end of the day, we still come in contact with people when we do come out so just to be safe,” Thompson added.