Pat James was 77 years old when he contracted COVID-19 last March and became the first person to die from the virus in North Texas. A year later, his widow, Jean, was able to get fully vaccinated against the virus that took her husband.

ARLINGTON, Texas - Tuesday marked one year since the first recorded death from COVID-19 in North Texas.

A year later, his widow, Jean, was able to get fully vaccinated against the virus that took her husband.

Both Pat and Jean James came down with COVID-19 early on in the pandemic before mask wearing and social distancing became a part of everyday life. 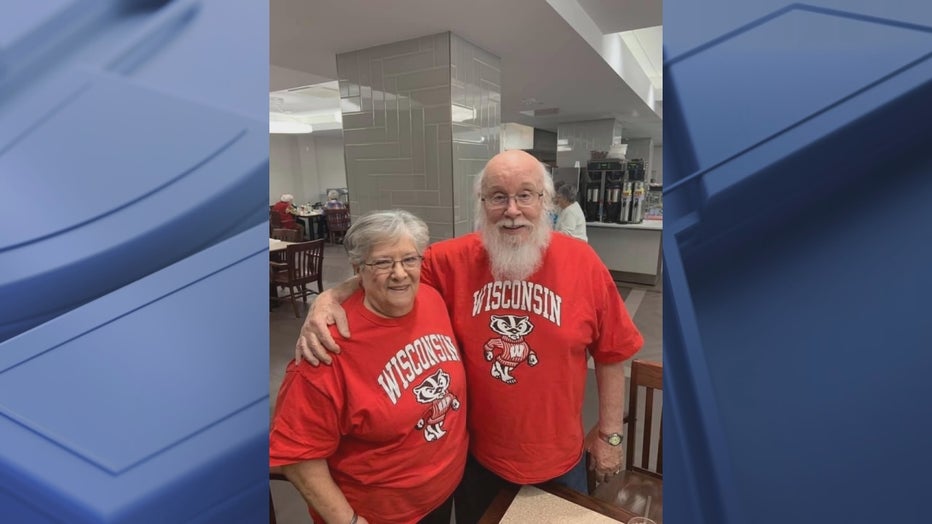 Jean says like so many others the virus quickly escalated, and her husband was gone within days. She met her Pat in high school, but things didn’t quite work out the first time around.

"And he says that I dumped him," she recalled. "And I don’t know if I dumped him or not, but that’s what he said. He liked that story."

"We just had not 20 years of really good times together," Jean said.

In March of 2020 in the early days of the pandemic, the couple started to feel ill with flu-like symptoms.

"Lack of appetite, achy, tired, some fever," Jean said. "Pat had more than I did. Coughing."

Jean took her husband to the ER at Texas Arlington Memorial Hospital, but he was initially sent home not knowing how deadly the virus would eventually turn out to be.

"We’d heard about it. We knew up in Washington state, they had it or something. But we didn’t realize it was around here. We really didn’t," she recalled. "It was ironic that I had purchased some masks. Because we’d heard enough that we thought if it came this way, we better have masks."

Days later, Pat’s symptoms got worse and Jean called the nurse at their retirement community.

"She came and took his oxygen levels, and right away she called them EMTs. Whe took him from the house, that was the last time I saw him," she recalled.

James wasn’t able to say goodbye to her husband of nearly 20 years.

Jean continued to test positive for COVID, spending the spring lockdown alone in isolation while still mourning the death of her husband.

"Five weeks, I kept testing positive," she said. "On the day I found out I was negative, the next morning my doorbell rang, and I looked out and all my neighbors. They were all distanced out at the end of my driveway with noisemakers."

Last month, Jean was able to get her COVID-19 vaccine at the Arlington eSports Stadium and Expo Center, finally starting to bring a close to a year-long period of isolation.

"It was such a sense of relief," she said. "Pat was just one person. And at the time I was getting my second shot, I think it was over 400,000 that had died from it. And so I take my grief, and I think about all those people."

Jean says she commemorated Tuesday by giving blood in her husband’s honor and writing letters to him. She says she hopes to encourage others to take the vaccine to end this pandemic.