Arlington residents in water-damaged apartments unable to move out

Some of the frustrated tenants just want to be released from their leases so they can move somewhere else.

ARLINGTON, Texas - The winter storm left people in unlivable conditions at an Arlington apartment complex. And they say they haven't been able to get in touch with the building's owner.

Some of the frustrated tenants just want to be released from their leases so they can move somewhere else.

"We just really don’t have nothing right now," said Priscilla Williams, whose apartment was damaged. "We lost pretty much everything." 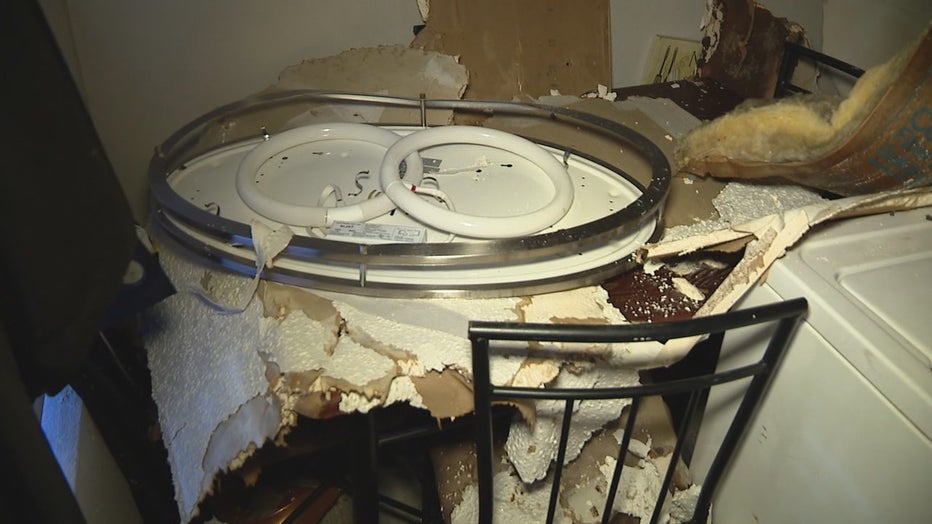 Add to that, Williams and her mother-in-law say management at the Felix Apartments has been unresponsive up until Wednesday.

"We’ve been calling them since Friday, and today we decided to come back over here because nobody had responded to us," said resident Robyn Johnson.

FOX 4 asked management here how many tenants have damage and issues like Williams. A staff member said she can’t give an exact number, but they are assessing the damage from over a hundred water main breaks on the property.

Craig Cummings is director of the city of Arlington’s water utilities division. He says the city is working to help affected apartment dwellers. It has set up 11 water stations like this with spickets for filling up containers.

"These are complexes that have a lot of buildings and a lot of units, and there’s private plumbing issues," he said. "Our code enforcement folks have been talking with the managers. We certainly give the advice that they keep the residents updated."

Code enforcement is also beginning to crack down, noting some have out-of-state owners with poor communication.

"The city can do so much," Cummings said. "But if a complex is not responsive to the city, it can be cited by code enforcement. And there have been some citations written already, but we rather work with these complexes."

Williams needs a new apartment unit or to be released from her lease. She’s hopeful one or the other happens fast.