A well-known and well-liked soccer coach for Sam Houston High School in Arlington died from COVID-19 nearly two months after contracting it.

Joey Rodriguez was fully vaccinated. But he also suffered from an immune system condition that still left him very vulnerable.

The married father of three coached the varsity team at Sam Houston. He's remembered as more than a coach to many. He was also a mentor.

Jose Ortiz says he’ll never forget the day he signed- n to play soccer at SMU. His parents were at his side. Behind him was Coach Rodriguez, who he says helped him achieve his dream every step of the way. 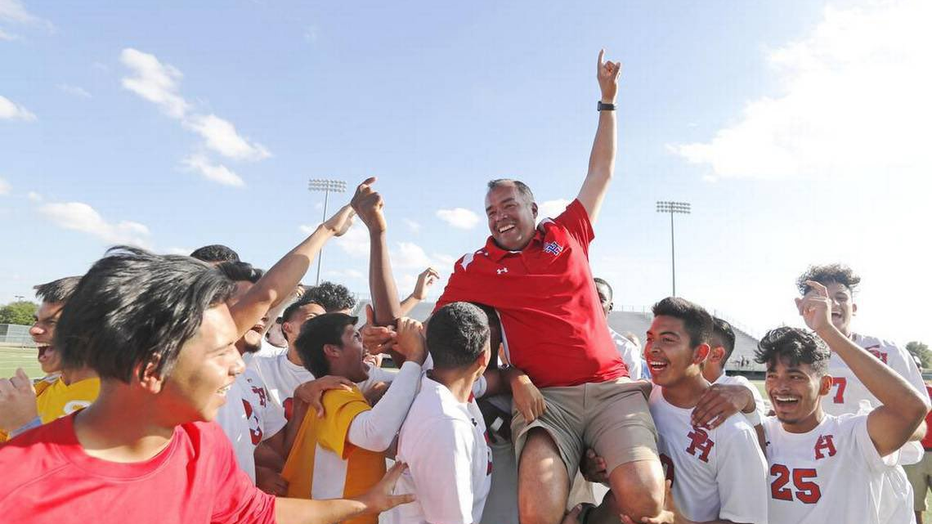 "That’s why I say he’s like a second father to me because he’s just a guy that I would talk to so much, text and be around," he said.

Ortiz was a standout soccer player at Sam Houston High School. Soccer came easy, but his grades weren’t the best. So Coach Rodriguez took him under his wing.

"He was the one who helped me a lot with my grades because that’s something I wasn’t good at," Ortiz recalled.

Rodriguez tutored Ortiz in high school. He kept in close contact even after graduation.

The SMU sophomore says they spoke multiple times a week until this past August.

"I hadn’t talked to him maybe for a week. And that’s when I reached out to his wife to ask how everything was going," Ortiz said. "The reason he wasn’t able to text me and reach out back was because he was sick."

Rodriguez, a husband and father of three, caught COVID-19 and spent nearly two months in a hospital until he died Sunday night. He was fully vaccinated but had an immune system disorder.

"He was a great coach, a great father to his kids and a great husband to his wife," Ortiz said.

Arlington ISD says during his 12 years at the district, Coach Rodriguez led them to two state championship games. So many kids wanted to play for him that they had to add assistant coaches.

"I wish I could see him one more time and just thank him for everything," Ortiz said.

He said he’ll forever be grateful for his coach and knows he’s just one of many students who feel the same way.

"And I told him I was going to make him proud. But now, I’m just sad that he’s not going to be able to be there. Not only as a soccer player, but as a human being. He made me a great person, and he was just a great role model," Ortiz said. "We couldn’t believe it, but God has plans. And I know he’s in a much better place right now."

Coach Rodriguez’s wife posted to Facebook thanking people for their prayers and support.