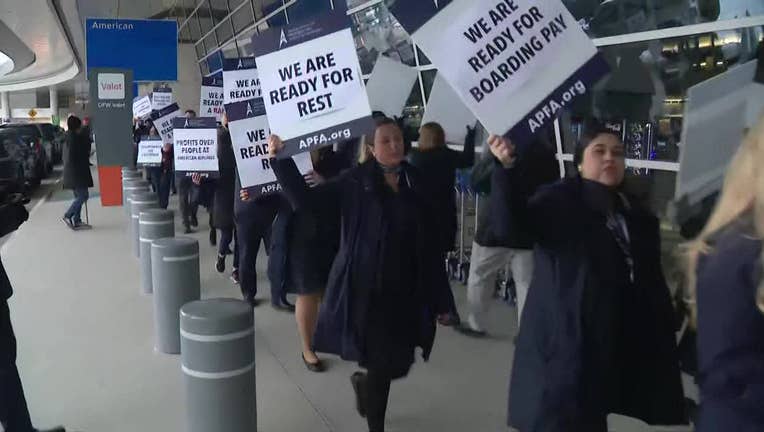 The march in North Texas was one of nearly a dozen at airports across the United States.

The Association of Professional Flight Attendants is still trying to work out a deal with the Fort Worth-based carrier.

The organization is also demanding changes to how flight attendants get paid and more sick days.

American said picketing at DFW Airport and elsewhere is not unusual during contract negotiations and that it's committed to reaching a deal that benefits both employees and the company.