DALLAS - The legal team for former Dallas police officer Amber Guyger has filed an appeal with the Fifth Court of Appeals in hopes of overturning her murder conviction.

Guyger was sentenced to 10 years in prison last year for murdering her upstairs neighbor, Botham Jean. She shot Jean after walking into his apartment at the Southside Flats in September of 2018. She claimed she thought the apartment was her own and that he was an intruder.

Guyger’s defense team hopes to have the murder conviction reduced to a lower felony count and get a new punishment hearing.

Guyger's appellate attorney is Mike Mowla, who was present everyday of her fall 2019 trial. He claims the evidence was legally insufficient to prove beyond a reasonable doubt that she committed murder and that if anything she is guilty of negligent homicide.

Guyger’s lawyers also argue that a “rational jury” would have concluded that her actions were justified.

In the appeal, Guyger’s attorneys wrote “the evidence was legally insufficient to prove beyond reasonable doubt that Guyger committed murder because (1) through mistake, Guyger formed a reasonable believe about a matter of fact – that she entered her apartment and there was an intruder inside – and (2) her mistaken belief negated the culpability of murder because although she intentionally and knowingly caused Jean’s death, she had the right to act in deadly force in self-defense since her belief that deadly force was immediately necessary was reasonable under the circumstances.” 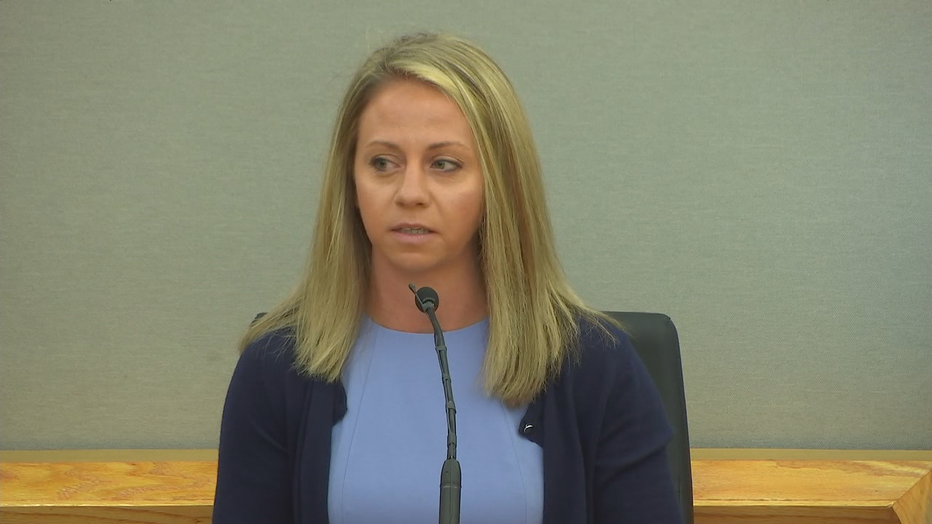 Constitutional law expert and appellate attorney David Coale is not involved in the case, but explained what Guyger’s lawyers are trying to accomplish.

“The appellate process is like a referee reviewing things on the field. It’s another set of that comes in and looks, and his argument is there is all this evidence the jury considered -- but the verdict they returned is just out of bounds. It relied on too many inferences, too much speculation and doesn’t have a solid foundation on the actual evidence presented,” Coale said.

In Texas, the punishment for criminally negligent homicide ranges from 180 days to two years. Probation is also possible.

Guyger or her attorneys won’t be in a courtroom anytime soon.

The Dallas County District Attorney's office will respond with their position on the verdict rendered by the Guyger jury and how the jury made its decision. Then, Guyger’s attorney will have an opportunity to respond to that. Once that process has concluded, a date will be set for oral arguments.