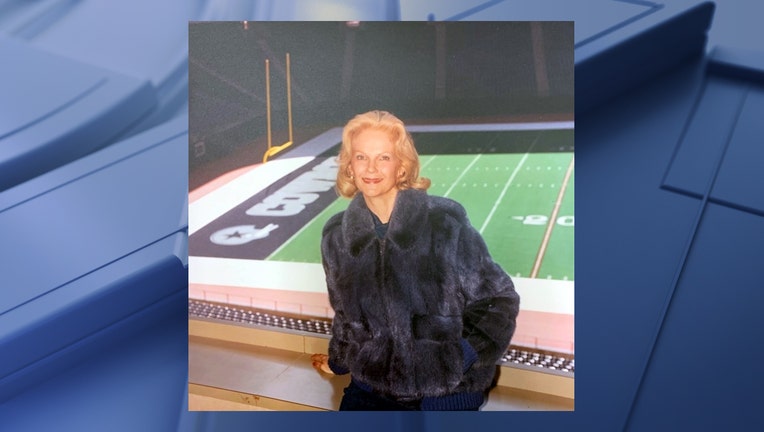 DALLAS - The widow of legendary Dallas Cowboys coach Tom Landry has passed away.

Alicia Landry passed away on Thursday at the age of 91. She grew up in Dallas after being born in Georgia, and attended Hockaday and Highland Park High School.

The Cowboys released a statement extending their "deepest sympathies and heartfelt condolences to the Landry family."

Alicia and Tom met on a blind date while at the University of Texas, and they were described as "a match literally made in heaven."

Instead of flowers, the family asks for donations to the North Texas FCA at www.northtexasfca.org/donate or to Highland Park United Methodist Church in memory of Alicia Landry.

A memorial service will be announced at a later date.