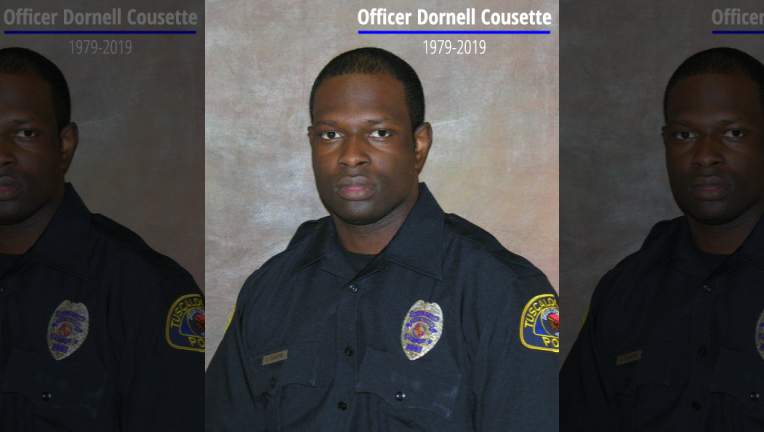 TUSCALOOSA, Ala. (FOX 13) - Authorities say a Tuscaloosa police officer has died and the wanted felon he was pursuing is in custody after a shootout.

Al.com reports 40-year-old officer Dornell Cousette had come to arrest 20-year-old Luther Bernard Watkins Jr. who failed to appear in court on felony warrants. A bail bondsman was at the scene. The suspect ran inside a house instead and Cousette pursued him. Tuscaloosa Interim Police Chief Mitt Tubbs said shots were fired, fatally wounding the officer.

Watkins, also wounded, fled and was arrested at a hospital, where he was served with a capital murder warrant Tuesday.

Cousette was an Army veteran who had been with the police department for 13 years. He was engaged and had two daughters.