Dallas Animal Services says it is running out of room because of a drop in adoptions.

DALLAS - Dallas Animal Services says it is out of kennels for large and medium dogs.

It says there's an urgent need right now for people to foster and adopt, and hundreds more pets are expected to arrive by the end of the week.

DAS Interim Director Melissa Webber says the shelter has not euthanized an adoptable pet since the fall of 2019, and it will take the community’s help to keep it that way.

Weber says the shelter population increases in spring and summer when more people are outside and more strays are brought in. But she says this year far fewer dogs are being adopted.

"Capacity is the highest it has been in 18 months," she said "With COVID, the community turned out and helped us empty the shelter." 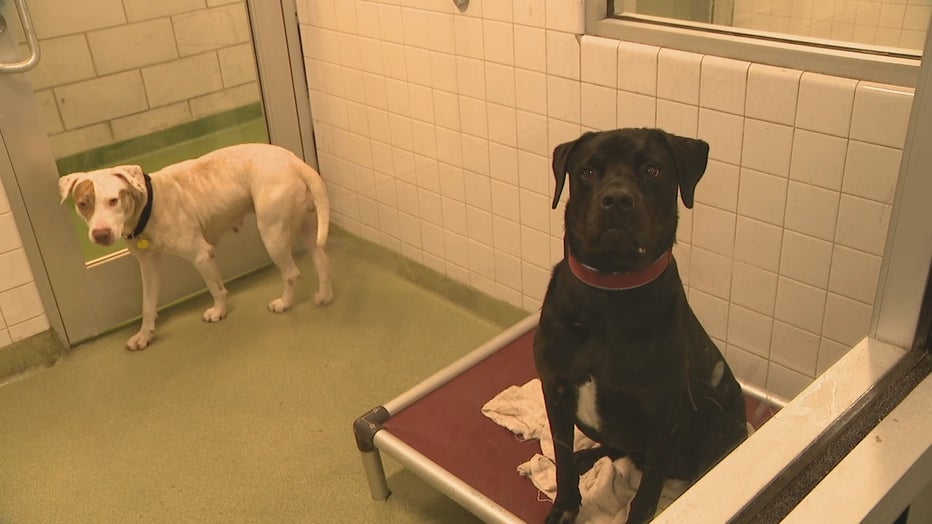 The shelter is trying to use every inch of space it has. With Zoom meetings replacing in-person meetings, the conference room has been taken over by kittens.

"The thought is these are COVID pets being returned. That is not the case," Webber said. "Our returns are down.

Shelters like the SPCA are finding that the return to pre-pandemic life does seem to impact adoptions.

"During the pandemic, we saw more people opening their homes as they worked from home," said Madeline Yeaman with the SPCA of Texas. "Now, it’s the opposite. People are going back to work and on vacation. Because of that, we’re having a hard time moving animals right now."

The SPCA of Texas has a resource to help pets adjust when their owners return to work.

Right now, adoptions are free at both SPCA of Texas and DAS.

"We want to remove all the barriers," Webber said.

DAS will open at 11:00 a.m. Wednesday to allow the public back into the shelter for the first time in 14 months. But some things will be different.

A family can only meet a maximum of two dogs in the play yard per visit, and only 25 people will be allowed to come inside at a time.