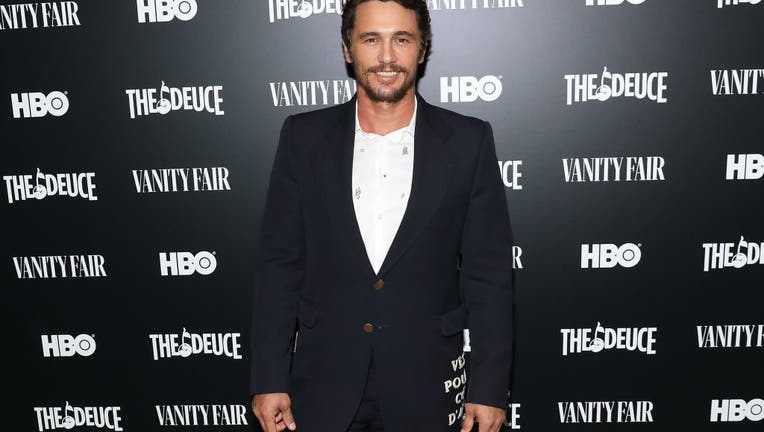 NEW YORK, NEW YORK - SEPTEMBER 05: James Franco attends a special screening of the final season of "The Deuce" at Metrograph on September 05, 2019 in New York City. (Photo by Taylor Hill/WireImage)

LOS ANGELES - Six months after settling a lawsuit accusing him and two other men of running an acting school that sexually exploited female students, actor James Franco admitted in a podcast that he had sex with some students, but said they were consensual encounters.

"Over the course of my teaching, I did sleep with students, and that was wrong," Franco said in an interview set to air Thursday on "The Jess Cagle Podcast."

"But like I said, it's not why I started the school and I wasn't the person that selected the people to be in the class," the actor said. "So it wasn't a `master plan' on my part. But yes, there were certain instances where, you know what, I was in a consensual thing with a student and I shouldn't have been."

Franco detailed his long-running battle with sex addiction after recovering from an early alcohol addiction.

"The insidious part of that is that I stayed sober from alcohol all that time. And I went to meetings all that time," he said. "I even tried to sponsor other people. So in my head, it was like, `Oh, I'm sober. I'm living a spiritual life.' Where on the side, I'm acting out now in all these other ways, and I couldn't see it."

He said he has been in sex-addiction treatment for the past four years.

Actor James Franco admits to having sex with students

Six months after settling a lawsuit accusing him and two other men of running an acting school that sexually exploited female students, actor James Franco admitted in a podcast that he had sex with some students, but said they were consensual encounters.

Franco and co-defendants Vince Jolivette and Jay Davis reached a $2.2 million settlement in June of a class-action lawsuit filed in 2019 in Los Angeles Superior Court by Sarah Tither-Kaplan and Toni Gaal, whose allegations included fraud, sexual harassment and discrimination, as well as civil rights violations.

According to court papers, the overall settlement was $2.235 million, with $894,000 of that amount settling the two plaintiffs' sexual exploitation claims and $1.341 million going to a fund for other class members.

The class members include those who paid tuition for courses at the Studio 4 Film School in New York or Los Angeles.

Tither-Kaplan and Gaal said in their lawsuit that they attended the Studio 4 school, which closed in 2017. The suit states they hoped to get work through the defendants' production companies.

"While James Franco touted that one difference between Studio 4 and other acting schools was its ability to funnel promising talent into his projects, the reality was that he was looking to create a pipeline of young women who were subjected to his personal and professional sexual exploitation in the name of education," the suit stated.

In the podcast interview, Franco denied trying to create a "pipeline of young women" with the school. But he lamented the decision to title one of the school's courses a "masterclass" in "sex scenes."

He insisted that he didn't sleep with any students in that class.

Franco said he had a long history of being unfaithful, saying, "I cheated on everyone," but that pattern has been broken with current girlfriend Isabel Pakzad.