FOX4 was granted rare access inside Vistra’s Midlothian power plant Friday and got a look at how winterization works and the improvements being made for future weather events.

MIDLOTHIAN, Texas - FOX4 was granted rare access inside Vistra’s Midlothian power plant Friday and got a look at how winterization works and the improvements being made for future weather events.

The company’s CEO talked about the challenges they faced during February’s winter storm, as Vistra's Midlothian power plant remained online, able to withstand the frigid temperatures.

But the facility, which can generate enough power for 798,000 homes during normal conditions, was only able operate at a fraction of its capacity due to a shortage of natural gas.

"Basically, West Texas [to the] east started to run dry because in order to keep that pipeline pressure you have to keep replenishing on the supply side," Vistra President Jim Burke explained. "By Tuesday, this plant was getting half the gas that it needed…We couldn’t get the fuel source. We just couldn’t get the fuel." 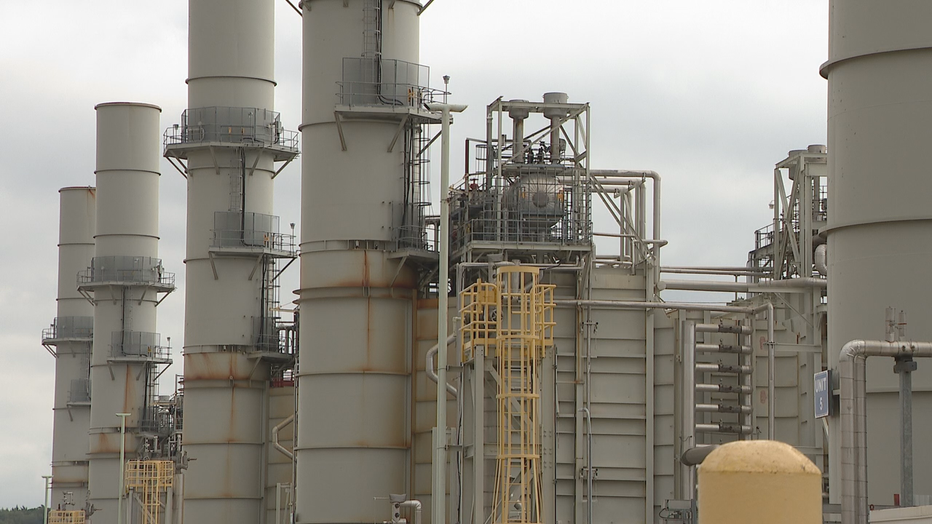 It was a dire situation that plagued power plants across the state, leading to widespread extended blackouts.

It requires upgrades to power generators and transmission lines to make them able to better withstand extreme weather.

A practice that's already that's been in place at the Midlothian power plant for years.

"There is an electrical cable, this electrical cable is actually heater. So you’ve got all these layers of insulation that are tied to this too. When this too becomes energized, the entire line will become heated and will prevent a particular system from freezing," plant manager Curt Terry said.

It’s installed on all critical circuits. Enclosures house the transmitters.

"Each one of these enclosures has an actual a local temperature device," Terry added.

But another measure, SB8, allows natural gas companies that supply the power plants to opt-out of the weatherization requirements if they don't voluntarily declare themselves to be "critical infrastructure" with the state, and pay a $150 fee.

"We need the gas system to work if we’re going to have our power system work," he said.

Zhao said it’s crucial that loophole be closed, with natural gas fueling more than half of all Texas power generation.

"Especially in Texas, because we know that they rely on the oil and natural gas," Zhao said.

The Midlothian facility also houses a regional warehouse. It’s basically overstocked with crucial items like heaters, which supply all of the DFW Vistra plants.